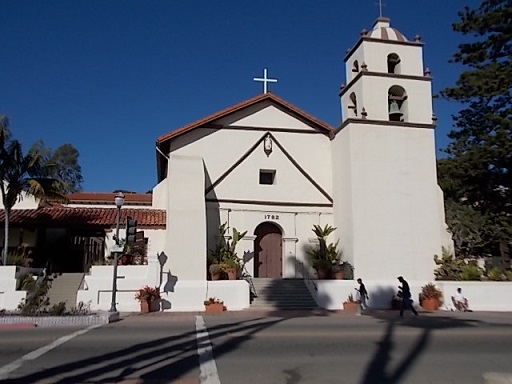 When you mention SoCal (Southern California), most people immediately think of LA, Hollywood, Malibu or Santa Monica. But there are a few smaller cities that lie between these well-known landmarks. One in particular is the City of Ventura. Ventura is the county seat for its name sake. Its population is approximately 107,000 (U.S. Census Bureau, 2012) and growing. The original inhabitants in this area were the Chumash Indians who called their 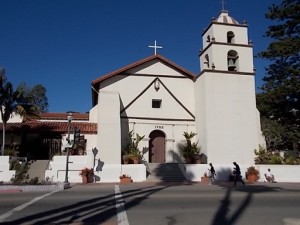 village Shisholop (in the mud). The Spaniards established Shisholop and constructed the Mission San Buenaventura in 1782, which eventually became the City of Ventura. Mission Park sits catty corner and Figueroa Plaza is located across from the mission just off of Main Street. There is also the Albinger Museum, which is right next door to The Old Mission. The San Buenaventura is open for viewing at certain times of the day. It is best to call or go to the website before you venture over to the historical site.

We found free curbside parking next to Plaza Park on S. Chestnut Street. We proceeded up to Main Street and crossed over. We began our tour 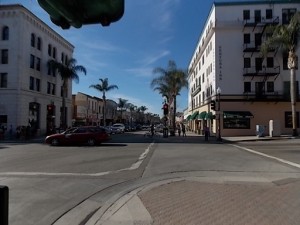 by window shopping the antique stores. 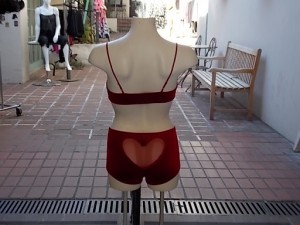 There is obviously no lack of a market for antiques here in Ventura. It seemed like every other shop sold some type of item that spoke of the past. Every once in a while we would visit a shop that sold original artwork or a unique clothing style. There was a plaza that sat off the street and featured a few boutique shops and 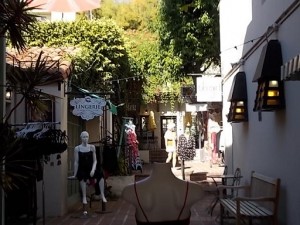 a small bakery. There were also a few eateries and small cafes scattered between the dominating relic shops. After rounding Figueroa Plaza and heading up the other side of the street, it went from antique shops to a variety of thrift stores. Just like its counterparts on the other side of the pedestrian thoroughfare, there was a thrift shop every other door. In some cases it was more. If it wasn’t for some of the restaurants and outside dining venues, it would have been a continuous wave of second hand stores.

We found a lot of personality in Ventura’s downtown district. The charm was enhanced with well-groomed palm trees and retro styled buildings lineing well-maintained street and 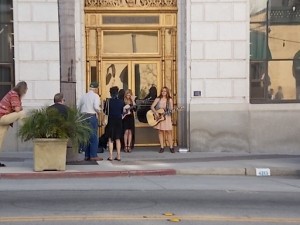 walkways. There was even a street band that sang to on-lookers with a velvet lined guitar case hinting for a nominal donation. The relaxing stroll and opportunity to people watch, combined with one of those beautiful Southern California days, was time well spent. I would like to have done a little more window shopping, but if you aren’t into antiques or secondhand merchandise, the refreshing ocean air and casual stroll along a pedestrian-friendly street will be all you need to enjoy your day.
Anthony Scopel
YMATD