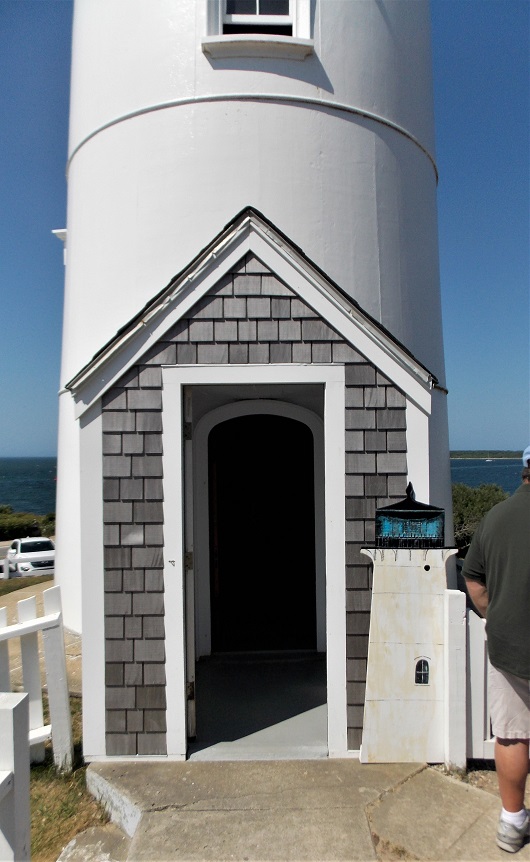 The Nobska Lighthouse and Maritime Museum provides quite a bit of nautical history about the area. Unfortunately the Maritime Museum was closed for renovations. However, the lighthouse kept things interesting.

My name is Anthony. For those who don’t know me, I am a lighthouse fanatic. I have visited many destinations that have centuries old lighthouses. The seaside community of Woods Hole, MA is home to one of those historic lighthouses.

After reading the informative paragraphs below, a brief video detailing our adventure will be available for your viewing. Lets get started!

The lighthouse resides on Nobska Point between Buzzard Bay, Nantucket and Vineyard Sounds . When looking towards the east, Martha’s Vineyard is in full view.

From the time we signed in at the white picket fence, a guide was assigned to us. He gave our group a brief history lesson regarding the Nobska Lighthouse and Maritime Museum. After that, we were ready to enter the tower and begin the climb to the top of the lighthouse’s lantern room. Once inside, we were handed off to another narrator who provided a bit more information and a few safety tips before climbing the stairs. 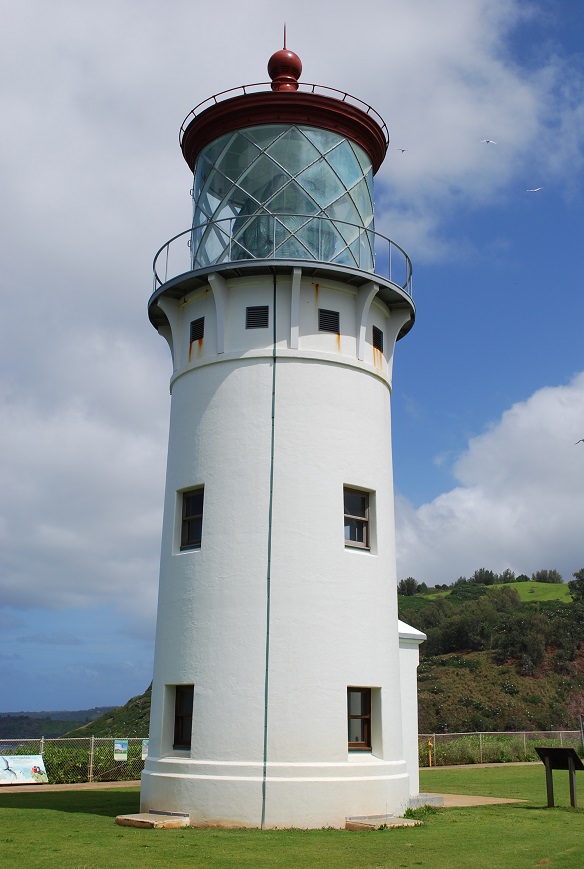 The original lantern room was built in 1828. It was constructed of wood and sat on top of the keeper’s house. The oil fed flamed-light was surrounded by a collage of reflective mirrors.

In 1856 the first Fresnel Lens, which was appropriately named “The invention that saved a million ships” was put into place. In 1876 after several storms, the weathered lantern room was moved from the keepers home to the now standing Nobska Lighthouse.

A year later, the Fresnel Lens was upgraded to the 4th Order Lens which is still operating today. The oil burning light was soon replaced with a 1000 watt light bulb. With all the upgrades, the flashing light can now be seen up to twelve miles away. 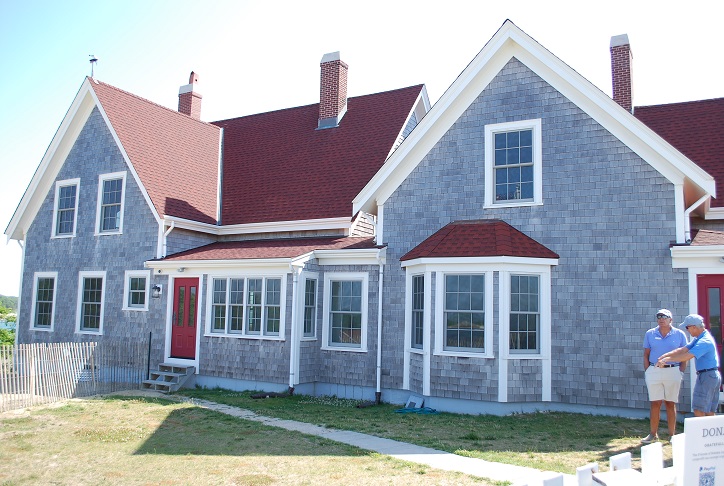 Before lighthouses became automated, it took quite a bit of work to maintain these beacons of light. In 1905 another house was built to accommodate an assistant. Both keepers shared such chores like needing to fill the oil tank that fed the burning lamp, made sure it stayed lit, doing any necessary repairs and performed any required maintenance. 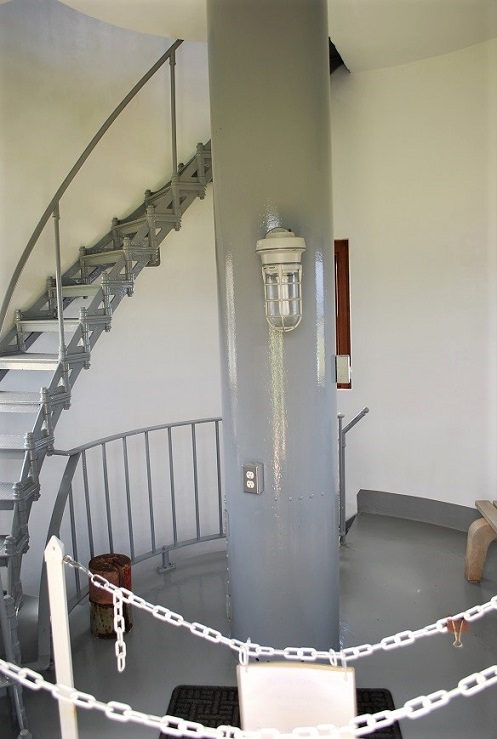 The structure itself has a brick interior with a metal spiral staircase. The exterior consist of four – 10 foot tall metal rings stacked on top of one-another. From its perch, the Lighthouse sits just over 87 feet above sea level. 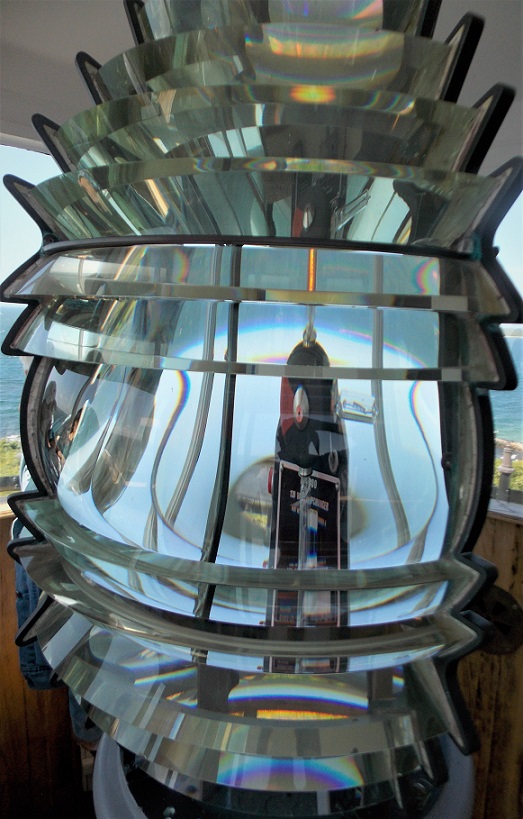 Once we got to the base – just below the lantern room, we climbed up a short but rather steep metal ladder. The one thing I liked about this particular tour is I actually had the opportunity to see the Fresnel Lens and its flashing bulb up close. Out of all the lighthouses we have explored, this was a first! 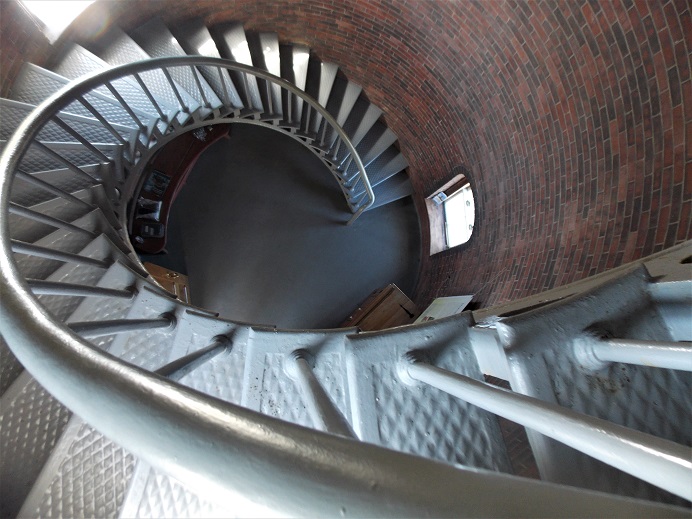 I was so smitten being within inches of this iconic lens, I forgot to take photos of the fabulous views. However, I did shoot some video which will be featured in my short film. The narrator who was stationed by the lens had to eventually tell me that my time was up.

After climbing down the ladder, I took a few photos of Martha’s Vineyard from one of the portholes. It was a beautiful site. 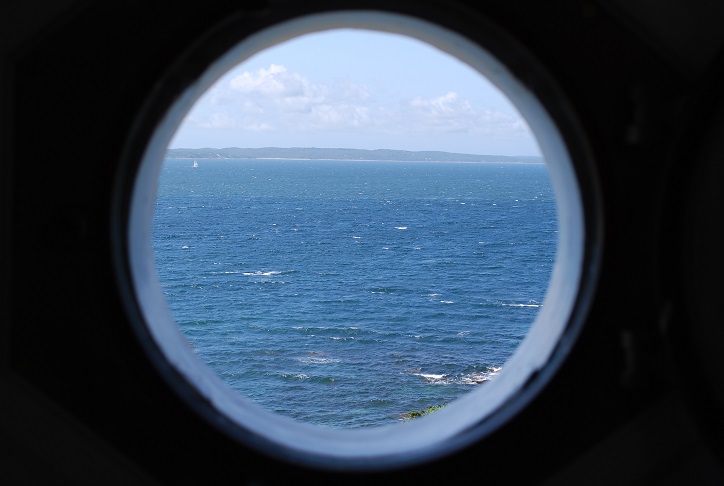 In closing, the US Coast Guard licensed the lighthouse to the town of Falmouth, Massachusetts and The Friends of Nobska Light in 2016. This non-profit organization took over financial responsible for the renovation and maintenance of the site. On June 7, 2022, the Nobska Lighthouse and Maritime Museum opened to the public.

The following video not only highlights the lighthouse itself, but the magnificent beauty that surrounds the Nobska Lighthouse and Maritime Museum. Cape Cod is one of the most picturesque Capes along the New England States’ Atlantic seaboards. Take a few minutes to view the brief video. We here at “You, Me and The Dock” think you will thoroughly enjoy the tour!

“I would like to give a special thanks to the volunteers who administrate, guide and provide information regarding the lighthouse’s history. If it wasn’t for you, it would be hard to understand how early American merchant sailors and explorers navigated these treacherous waterways” 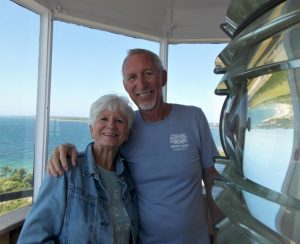