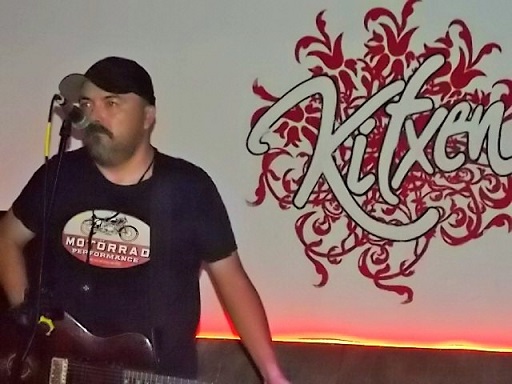 Playa del Carmen’s Crazy Toys is a local cover band that has quite the following. On any given night, Daniel Morales and his group of musicians will play at several venues throughout Playa. They are sought after because they draw people in with their wide variety of music styles.


Crazy Toys plays everything from country to multi generations of rock, hip-hop and rhythm & blues. On any given night they will have the younger generation banging to hip-hop, and the next set of songs will have the older crowd dancing to Deep Purple and the Red Hot Chili Peppers. 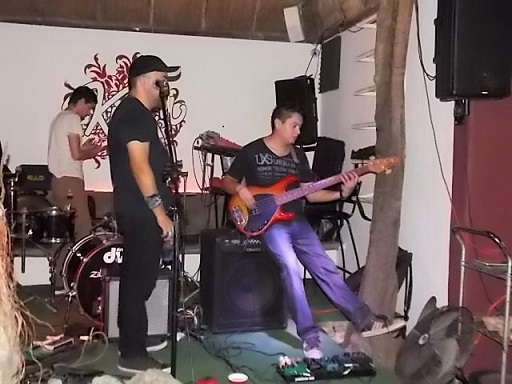 On this particular night I caught up with Daniel at the Kitxen. He was coming from his first gig at Zenzi Beach Bar & Restaurant. They have approximately an hour and a half to breakdown, tote their equipment to a new location, set backup, and do a sound check before playing again. 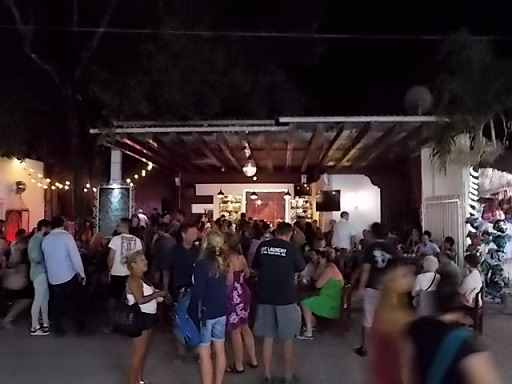 The band Crazy Toys consist of:

The five-man band has become very efficient in mobilizing their instrumental entourage. They work hard to keep their commitment to the people who come out to enjoy their brand of sound. 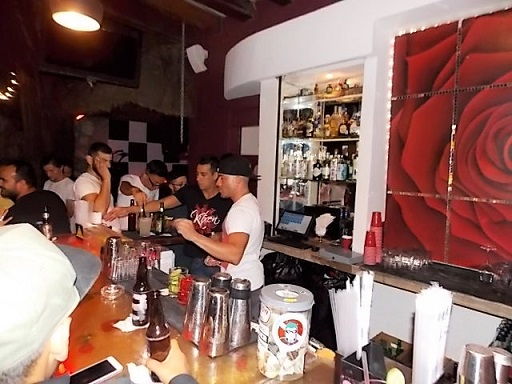 After Crazy Toys finished their first set, the crowd reverts to a low roar after listening to some hard driven sounds. The bartenders experience a rush for drinks before the music starts up again.

Some of the band members mingle around the patrons, while a few of them tend to the instruments making sure that they are in tune for the next set.

You know when twenty minutes is about to expire because you see the musicians start to gather on stage. The lighting makes a distinctive change, instruments are in hand, and a brief strum and thump of a drum signals a sound check. 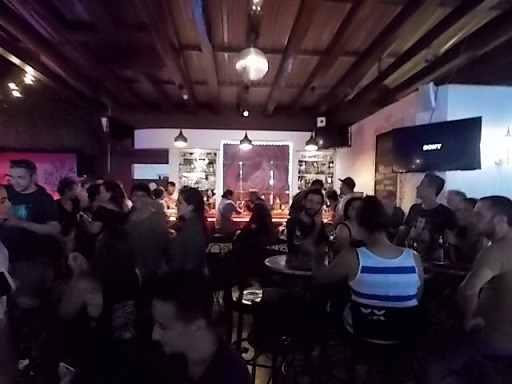 The band gears up and the opening song is passed along to each member. Once everyone is queued up, we again have rocking tunes coming from center stage. The audience starts moving their heads, arms and bodies to the rhythm. A few of them get up and dance to songs that take them back to memories of long ago.

Crazy Toys does mostly cover tunes from quite a variety of noted artist. To make the 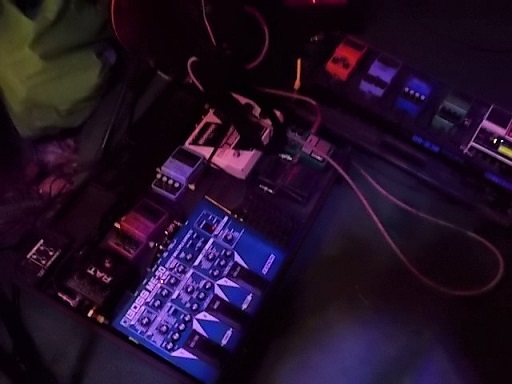 songs sound as close to their original performers as possible, an array of equipment and electronics are needed so the instrumental portion of the song is spot on. Foot pedals – picture right, control the changing tones of a guitar by simply accessing a phase switch with just a swift touch of the foot.

As fast as the music started, it was time for another break. When you are having fun listening and dancing to your favorite tunes, time seems to slip away quickly into the evening air.

During this break Daniel and the band move off the stage and mingle a little more with their fans. People have filtered in and out through the last two sets. However, Crazy Toys does have quite a large following and there are plenty of people who stay through all four sets. Its time for the show to begin again! 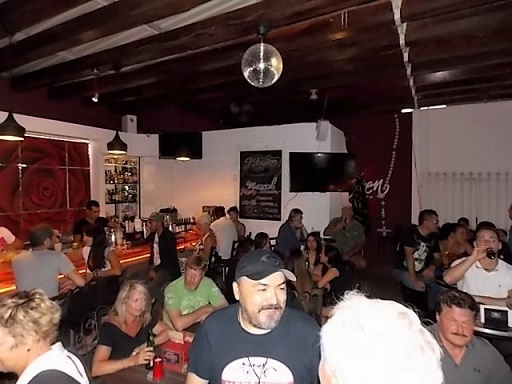 If you have ever noticed that after the second set is over, the musicians have a tendency to move around a little more. Standing in one place or sitting behind a drum set for thirty to forty minutes at a time can play havoc on your legs and back.

Playa del Carmen’s Crazy Toys keeps a very tight schedule. Between playing two separate gigs a night – three or four times a week, band practices and working at their day jobs doesn’t leave much time for relaxing. However, their hard work and dedication pays off every night when they play in front of a packed house. They are really that good! 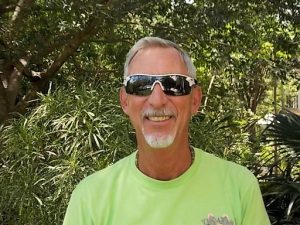