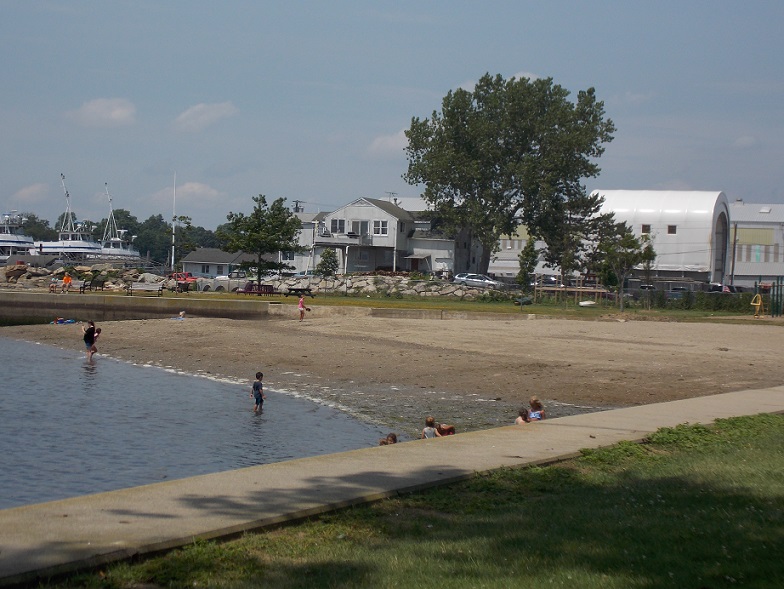 Rhode Island & Southeastern Massachusetts Beaches have similar qualities but possess their own characteristics and features. You will see this in the following locations.

My name is Anthony and I am a travel writer,  photographer and practicing videographer. I will be highlighting 5 separate beaches in the Rhode Island and Massachusetts areas. 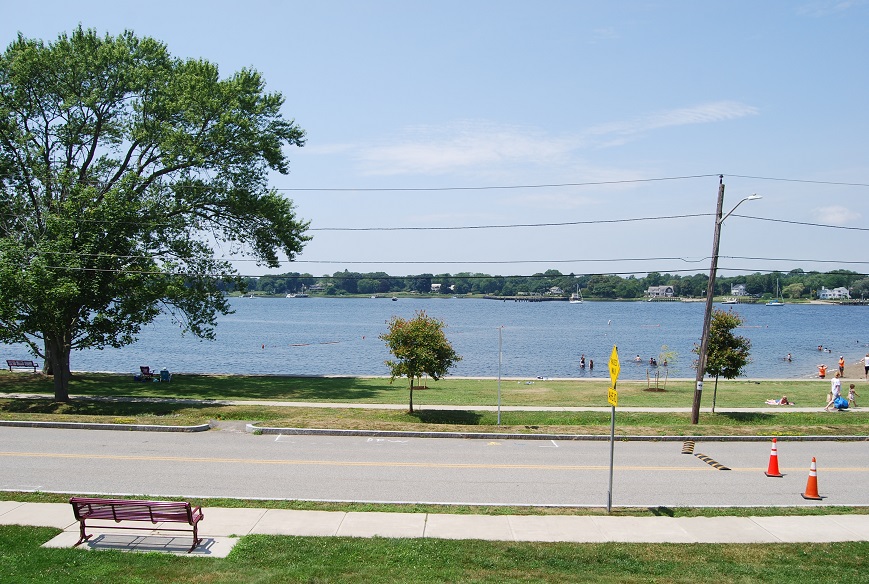 My first stop was in the quaint little community of Warren, Rhode Island. The Warren Town Beach is located on the Warren River just across from Barrington, RI. The namesake river eventually flows into the Narragansett Bay and on out to the Atlantic Ocean.

This is a great place to hang for the day. We decided to visit this park-like beach in the middle of the week to avoid the crowds. 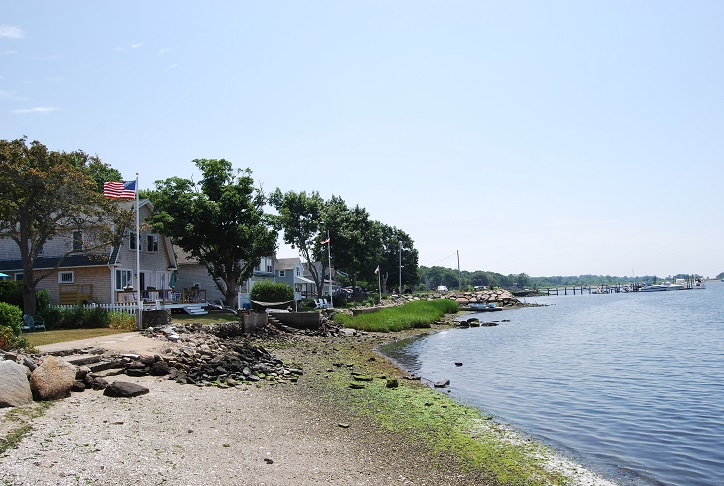 There is a cement walkway that follows along the river’s bank. The New England styled homes that hug the shoreline make for a picturesque setting. 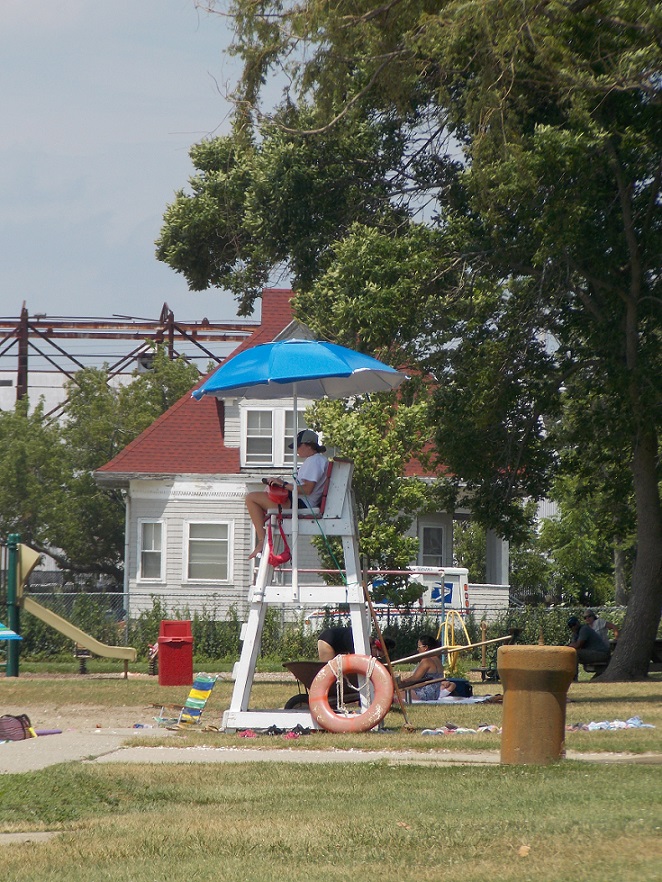 The beach itself has a slow-gradual slope that allows children to wade out pretty far. However, like most beaches, there is a lifeguard on duty and safety is at the top everyone’s list. 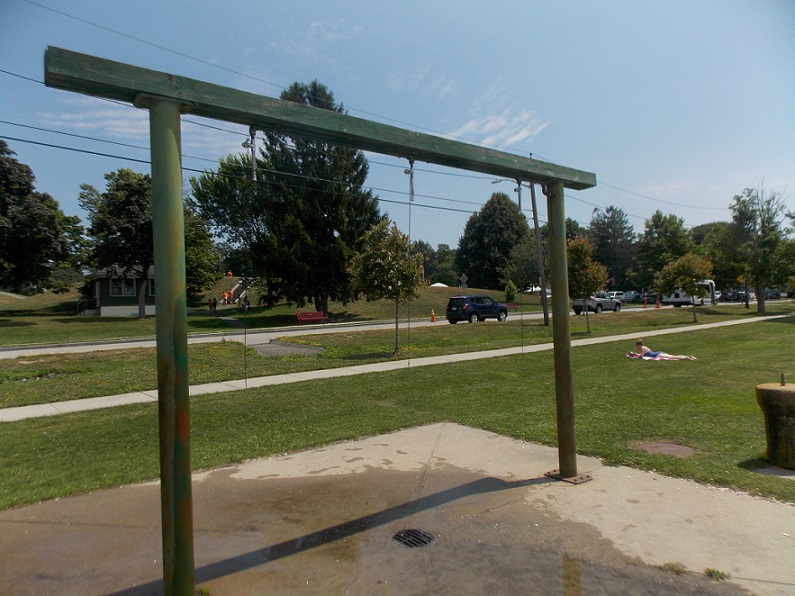 Besides having plenty of seating under large several shade trees, the views are absolutely fabulous. There is a unique shower area, bathrooms directly across the street at Burrs Hill Park, and ample parking at an affordable price. We spent a very pleasurable day and would return. 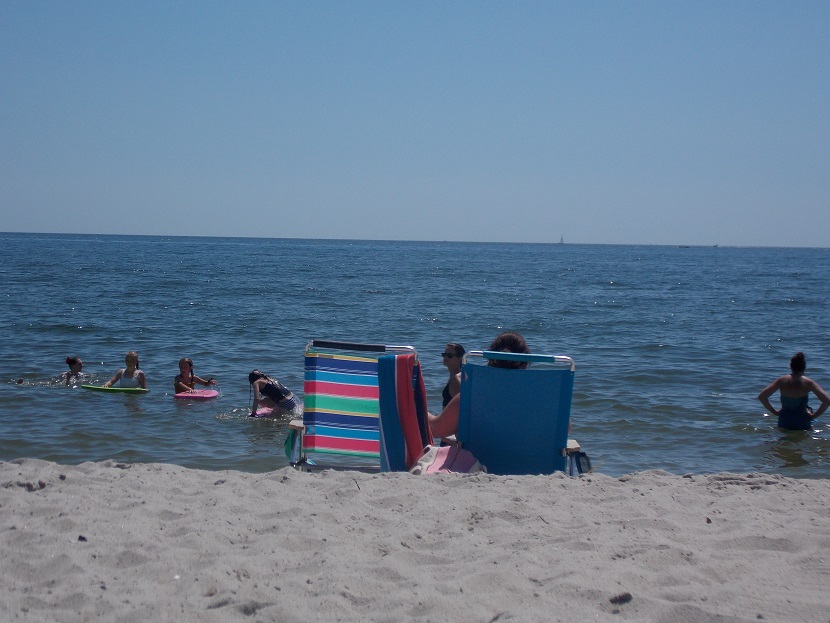 Harding Beach is located on Cape Cod, Massachusetts in West Chatham. Cape Cod is a well-known vacation destinations for many of New England State’s high society members. On this particular day we paid a visit the Chatham Pier & Fish Market, which by the way serves fantastic Lobster Rolls. We decided to take some additional time and explore a few nearby beaches. 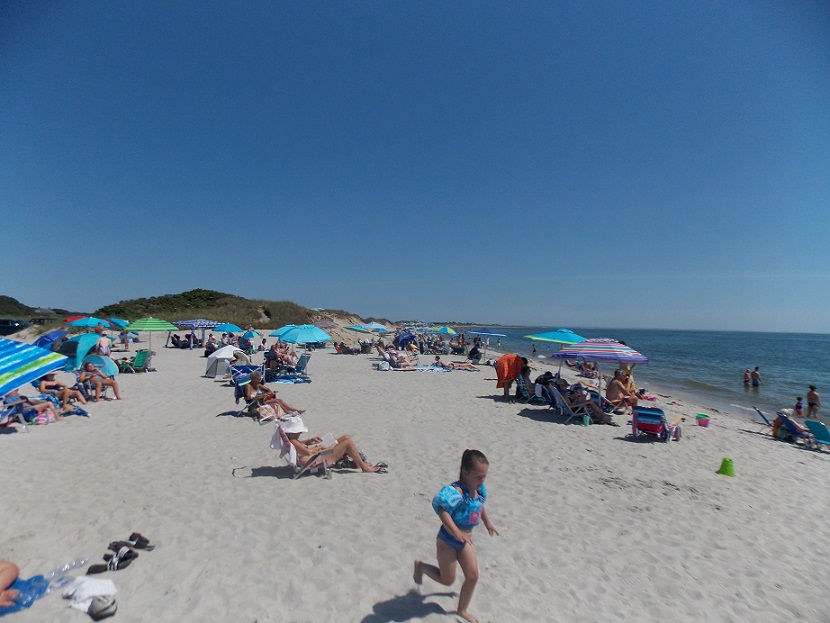 When we arrived at Harding Beach, it was filled with people enjoying a fabulous day soaking in the sun’s amazing rays. What a great place to play volleyball, throw a Frisbee or toss a few Boccie Balls to mention just a few activities. There were family and friends spending time under a beautiful blue sky playing in the sand and wading in the cool tempered water. 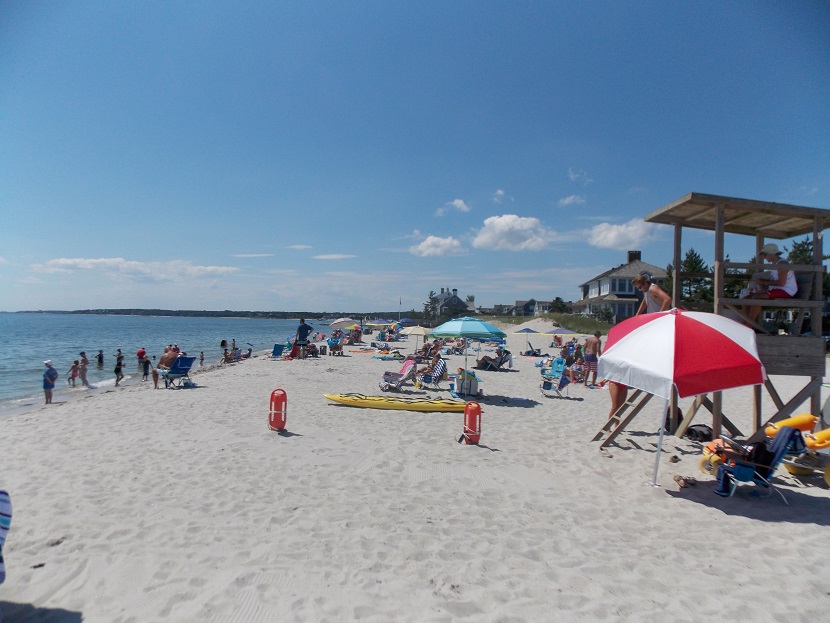 There is plenty of parking that stretches along the beach area. It has an onsite attendant, a well maintained bathroom facility, and a lifeguard station with several lifeguards on duty. Beyond the swim areas are the open water where people can sail and kayak.

Harding Beach feels like a neighborhood park surround by colorful vegetation and various styled homes. After basking in the sun’s rays and taking refreshing dips, we had to call it day. And what a day it was! 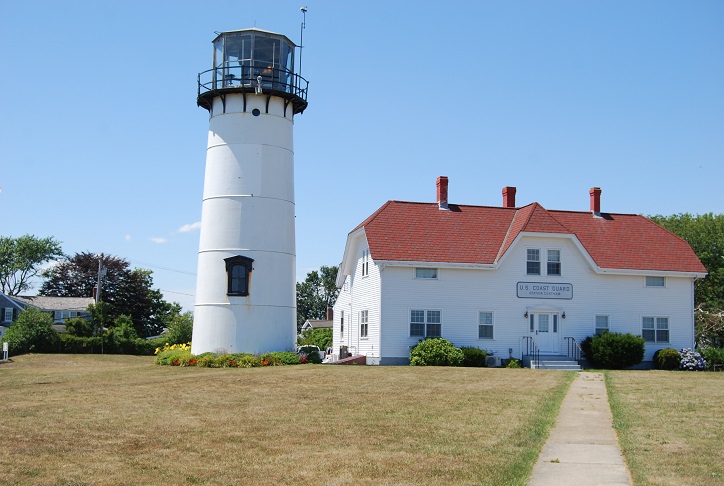 Chatham Beach and Lighthouse is a quaint little community on the southeast tip of Cape Cod and just south of the pier & fish market. Any chance I can get to visit a lighthouse is another dream come true. Its not everyday you see a working lighthouse that overlooks a beach. The original lighthouse was built in 1808. It was eventually replaced along with adding a keeper’s house in 1877. The house now accommodates a Coast Guard Station, Search & Rescue and Homeland Security offices. 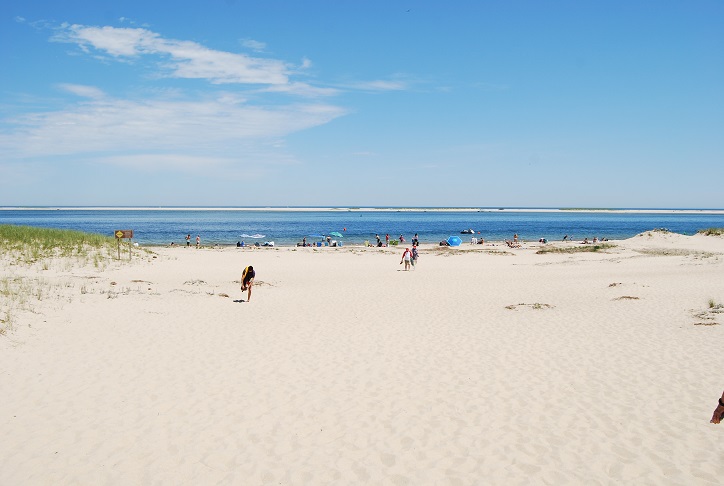 Chatham Beach with its pale white sand is a great place to hang for the day. The beautiful blue horizon looks directly across to North Beach Island. We made a brief stop and walked down to the water. The beach itself is fairly wide and allows for plenty of space between you and your neighbors. 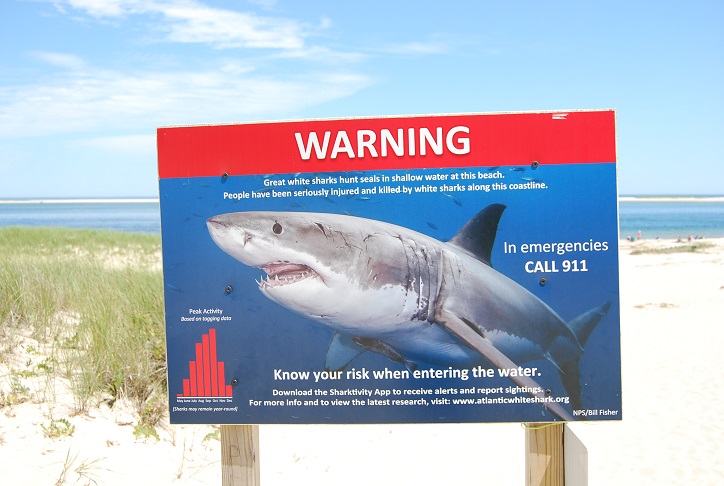 Spending time in the water off Cape Cod’s fabulous shoreline is considered paradise. However, caution has to be taken during certain times of the year.  We stopped and read the sign announcing that sharks could be present. Various sharks including Great Whites do feed in these waters. 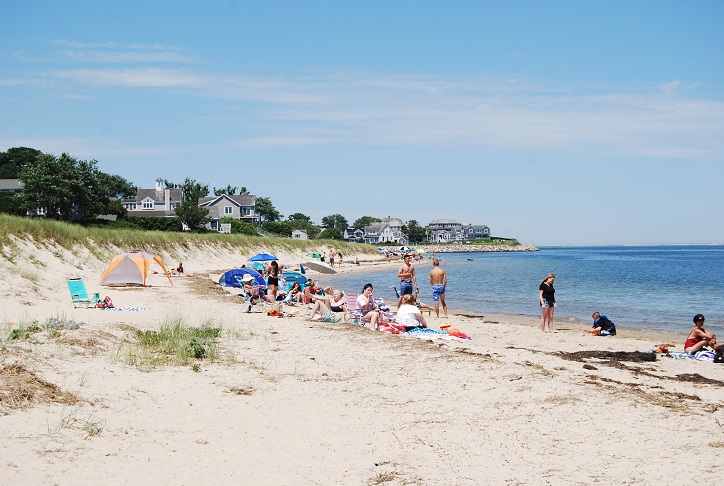 Sharks or not, people come to layout towels, unfold chairs, open umbrellas and enjoy the fresh sea air! Chatham Beach offers a nice stretch of sand that gradually leads to the waters edge. It has a slight knoll that acts as a buffer between you and the road noise. I really like this beach for its location, easy access and the ambiance of the lighthouse. Its a true Cape Cod experience. I strongly recommend Chatham Beach when visiting the Cape!

Check out this video which highlights the above beaches. Stay tuned for a second video! 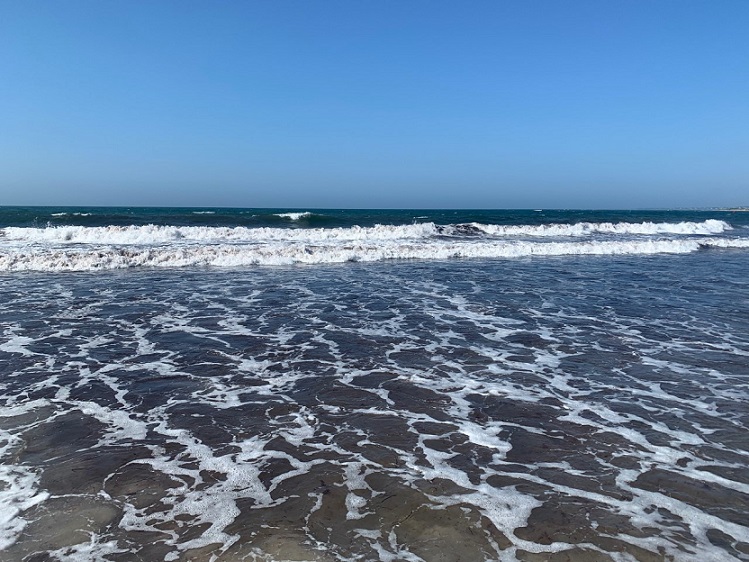 Horseneck Beach State Reservation is located in West Port, Massachusetts. This popular destination attracts not only locals but the many tourist who visit Southeast Mass every year. The name Horseneck was seemingly derived from the indigenous Algonquin tribe meaning “A House made of stone”. In 1893, a bridge was constructed from the mainland across the outlet. This allowed access to a jetty like piece of land where local residents began building homes along the shoreline. Therefore its namesake was given. 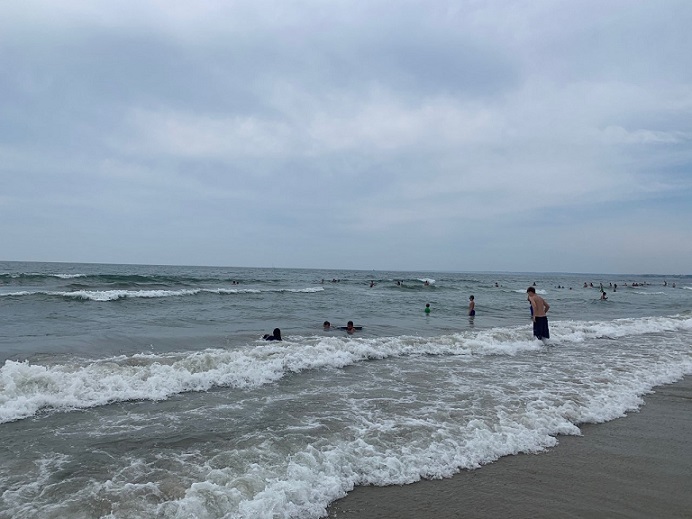 On the day we visited Horseneck, the morning sky was somewhat overcast. But it eventually cleared up with the sun coming out and shinning brightly above. This is one of the beaches we visited that actually sits directly on the Atlantic ocean. The waves can get rather ruff at times. People who like to body or board surf would especially enjoy Horseneck Beach. The water on this particular day was hovering around 75 degrees. If coming from warmer waters, it can be a bit chilly. However, taking a dip on a hot day makes for a refreshing feel. 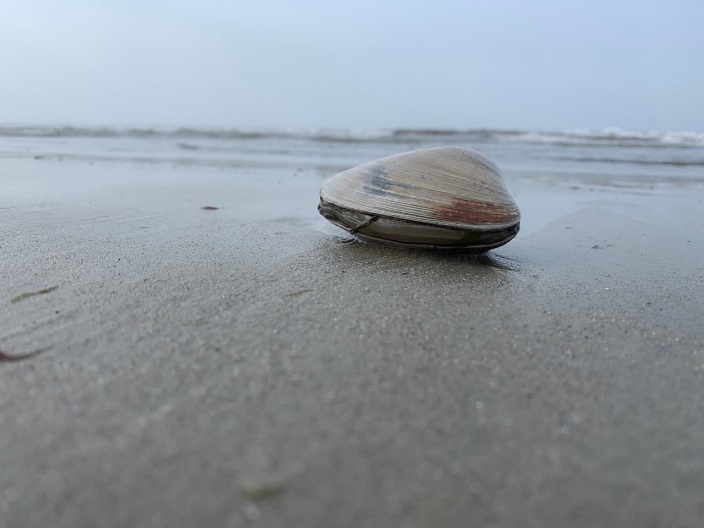 Horseneck Beach provides plenty of amenities. To start out with there is a restroom facility with a shower area, campground and seasonal snack bar. The mile-long stretch of beach offers a peaceful walk to neighboring beaches, as well as being ideal for an avid sheller in finding that rare piece to add to their collection. The 600 acre preserve features plenty of trails for wildlife and bird watching. You can also take a Kayak out and explore the miles of waterways. This is a perfect place to spend time with family and friends. 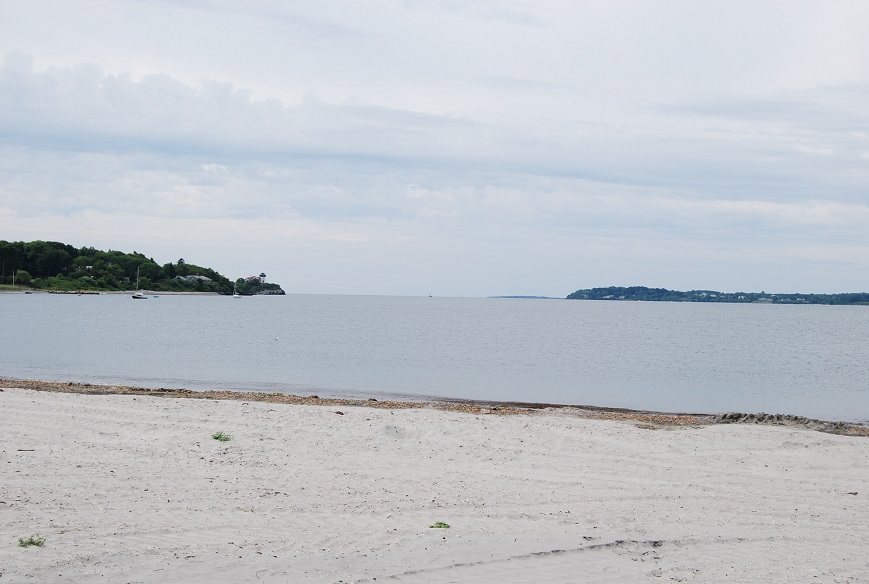 Fogland Beach is just on the out-skirts of Tiverton, Rhode Island which stretches along the banks of the Sakonnet River. We drove up to the entrance and paid a nominal fee. Just beyond the entrance are the bathrooms, shower area, playground and seasonal snack bar. From there we selected a site and pulled right onto the sand. There is a picnic table and small BBQ grill on a pole. It is actually very convenient to be able to unload right at your chosen site. 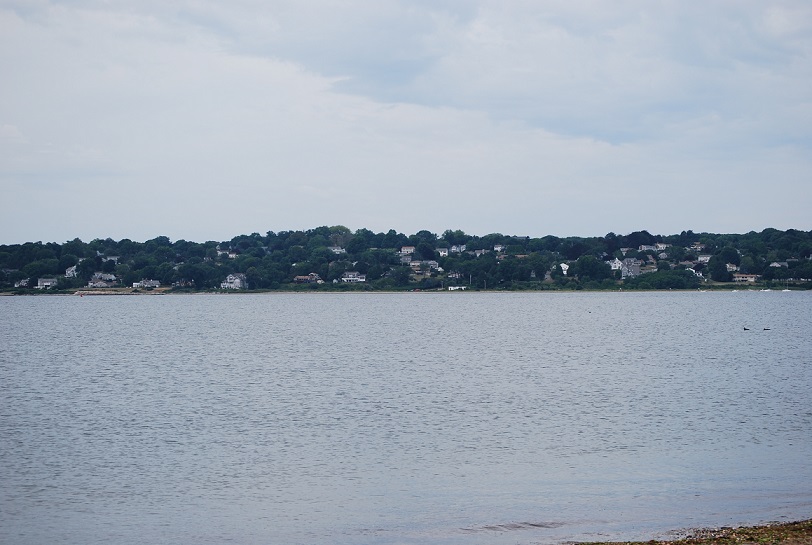 On this particular day, the weather was rather warm. Like most the water temps in this region, the mid 70’s seem fairly typical. The views reached across the river to Aquidneck Island where the towns of Newport and Portsmouth reside. 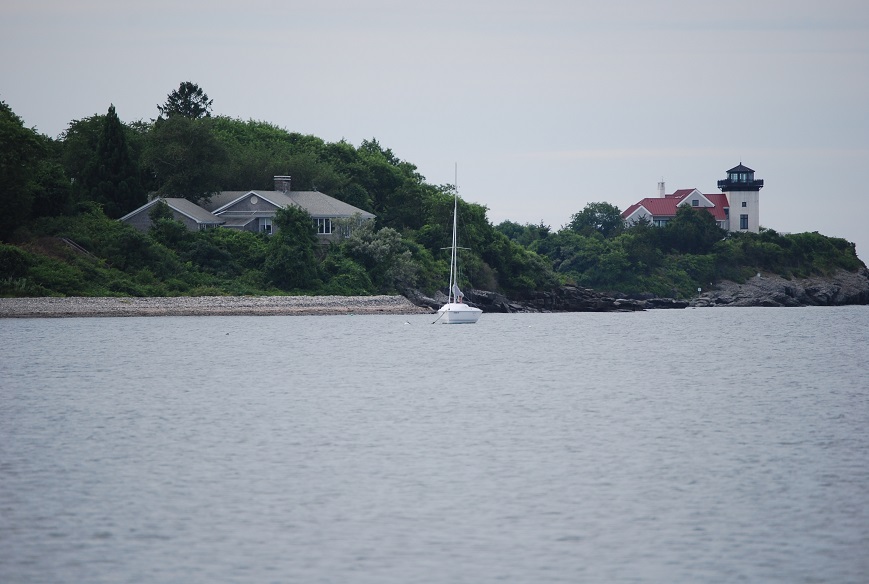 Just down from Fogland Beach is High Hill Point. It holds a lot of America’s Revolutionary War history. There is a home on High Hill Point that has an attached lighthouse. Being a lighthouse fanatic, I had to obviously check it out. Unfortunately it was only a replica. Oh well, it makes for a nice conversational piece. 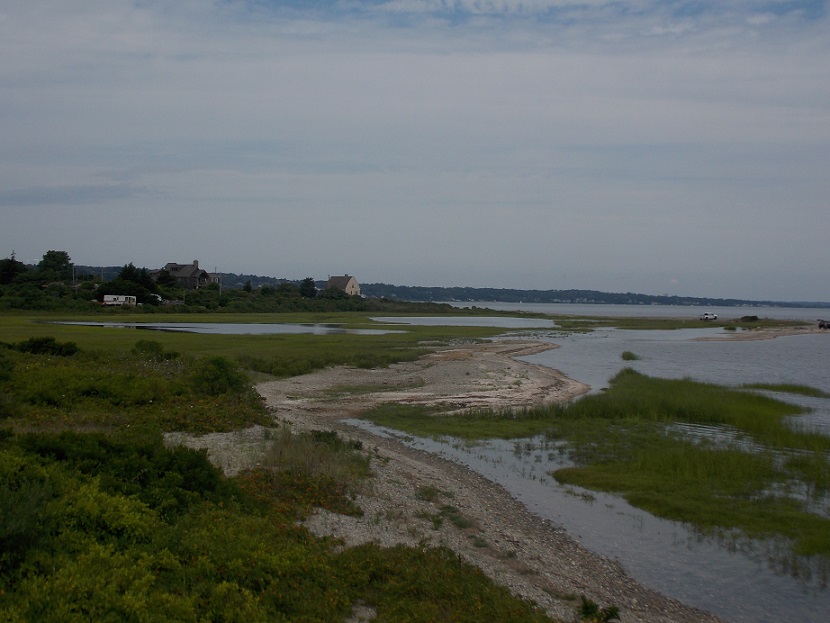 Just on the other side of the beach and over the grassy knoll is a marshy like landscape. It’s natural terrain offers a greater opportunity for viewing various wildlife. Both sides of Fogland’s narrow peninsula is a great place to throw your fishing line in and see whats biting. You can also spend the day kayaking or paddle boarding on either side of the knoll. On the beach side you can try wind or kite surfing, or just sit back and be a spectator. It also is a great place for a family and friends get together. No matter the reason, Fogland Beach offered plenty of fun-in-the sun!

Here is another video which briefly highlights these last two beach destinations. Just like the previous video, this one will include some great photos and picturesque views!

On a personal note, I want to give a very special thank you to my lovely daughter Sarah Fortin for the Horseneck Beach Video and Photography! 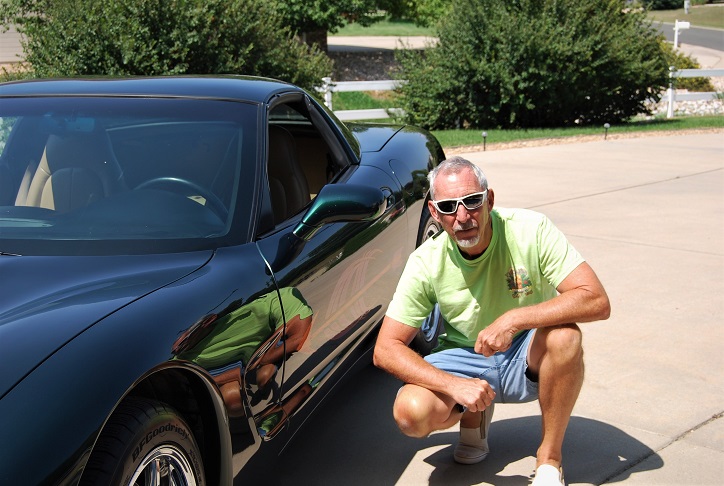