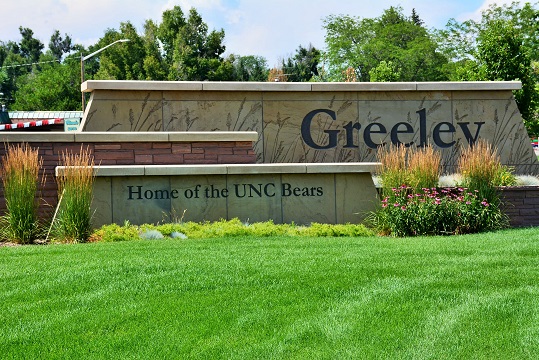 There is a city that lies approximately 20 miles east from the base of the Rocky Mountains that portrays a small town atmosphere. In comparison to some of its more contemporary neighboring cities, its humble traditions are still intact.

Before moving to South West Florida, I, Anthony Scopel called Greeley, Colorado home for thirty five years. YMATD still has several writers and photographers who live Greeley. The photos provided in this particular article were sent to us by our very own, “Have camera will travel” Brian Hockley. 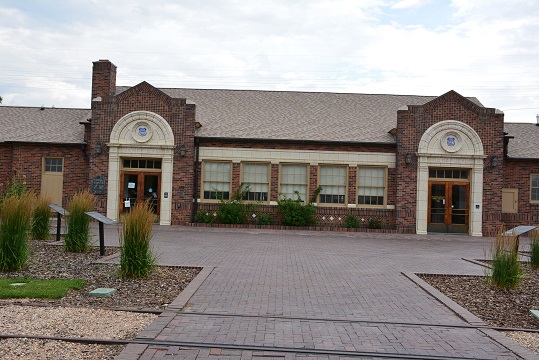 Greeley is named after the famous founder and editor of the New York Tribune. While staying true to his slogan, “Go west young Man”, Horace Greeley made a brief train stop (pictured left) in this small farming community which now holds his namesake.

Greeley is a multi-cultural community with lots of history. The people that live here value the city’s small town feeling. There are quite a few who were born and raised here and will probably never leave. 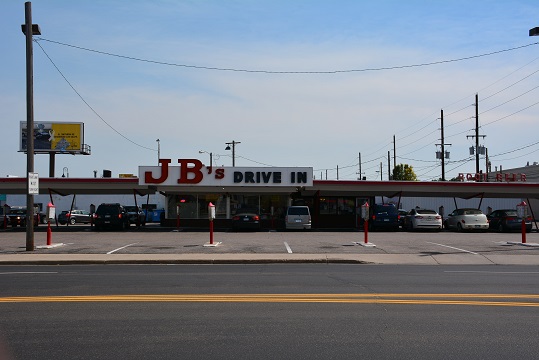 From Greeley’s 1950’s drive-in diner which is still in business (pictured right), to its early 1900’s American styled courthouse are just a few of the local landmarks that are scattered throughout town. 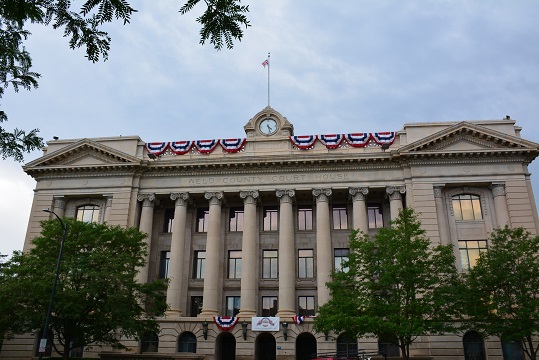 Can’t you see Christopher Lloyd from the movie Back to the Future, climbing up the clock tower to connect the power cable to the pole? Its an amazing likeness if you ask me! 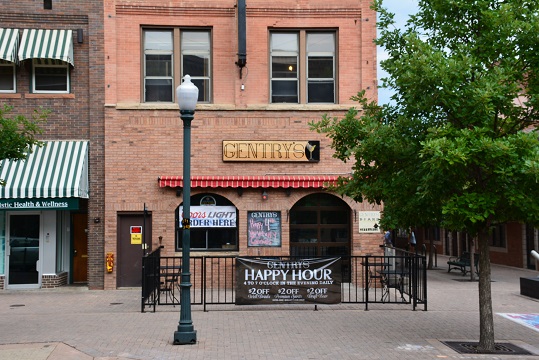 There are plenty of authentic taverns and microbrew pubs to choose from. The city try’s to maintain the downtown buildings in their original form. 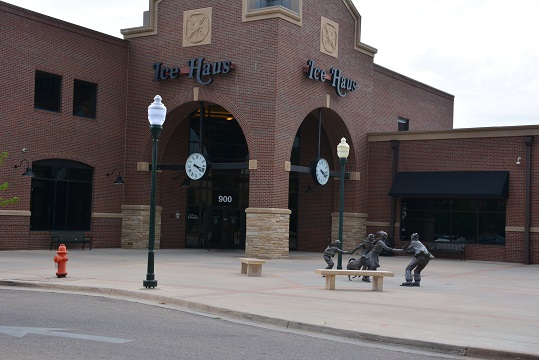 If they have to be rebuilt, the architectural style remains cohesive to its surroundings – as illustrated with the newer downtown ice rink (pictured left). 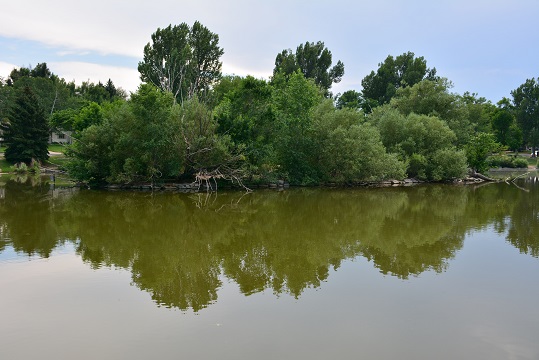 Greeley has plenty of parks throughout its neighborhoods filled with cottonwood, walnut and pines trees to mention just a few. Most all of the parks have small lakes as well. 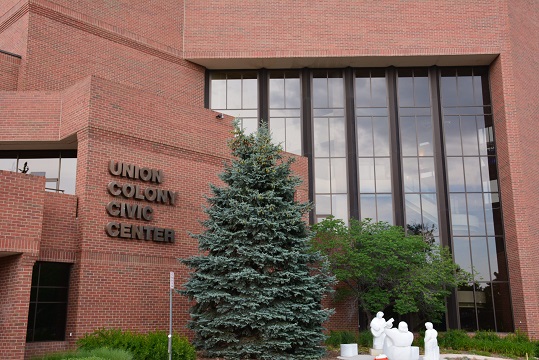 Greeley often hosts a variety of popular acts and entertainment. When an artist or musical group comes to town, the Union Colony Civic Center is an exceptional place to go and see your favorite entertainers.

The civic auditorium sets adjacent to the well designed recreational center which includes a community pool, an exercise facility and the senior center. 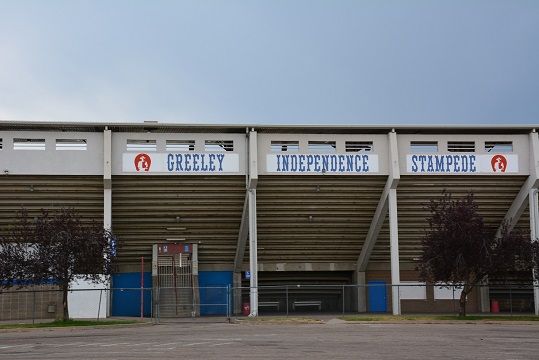 When July 4th rolls around, there is only one place to be and that is Greeley’s Island Grove Park. The Greeley Independence Stampede has one of, if not the biggest 4th of July rodeos in the United States.

Hundreds of thousands of people visit the fair grounds starting the last week in June and ends on July 4th. What was once called the Spud Rodeo in 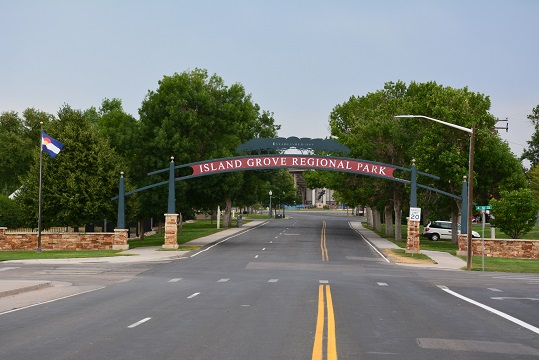 1922 is now a main event for the PRCA (Pro Rodeo Cowboy Association) circuit.

The 4th of July celebration also brings plenty of food vendors, people selling their crafts, and a carnival filled with rides. Every evening there is a named act that performs in front of thousands of fans. And of course there is a 20 minute fireworks display that will dazzle your eyes. 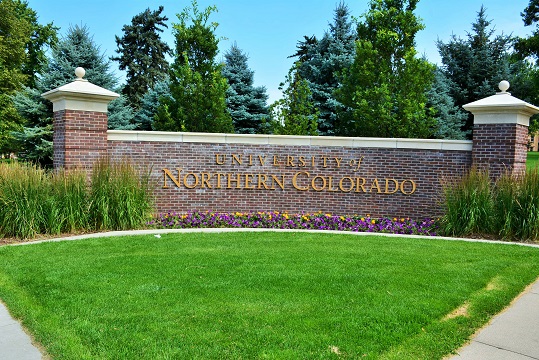 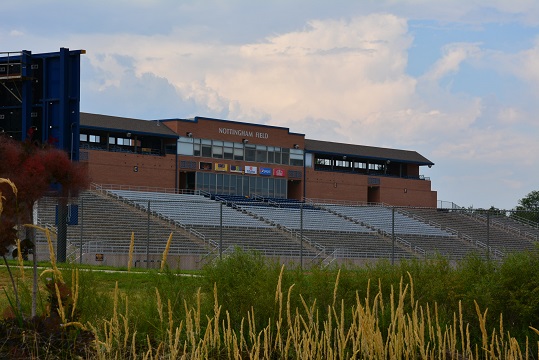 The UNC Bears football team earned two divisional 1 National Championship titles in 1996 and 1997. Nottingham Field was added to the campus in 1995. What a way to christen a new stadium with back to back championships! 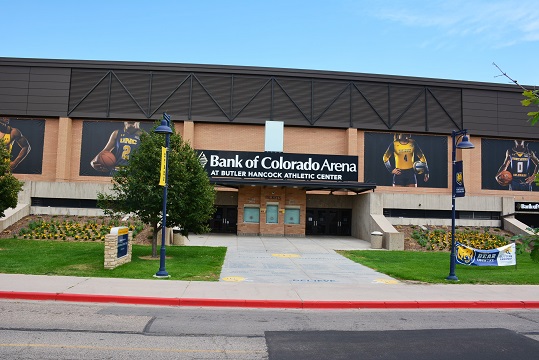 UNC’s basketball team made it to a second round NCAA division 1 playoff in 2011. However, San Diego State squeaked by with the win. Butler Hancock Sports Center is always packed with fans on game day. Greeley residents take their college sports very seriously. “Go Bears!” 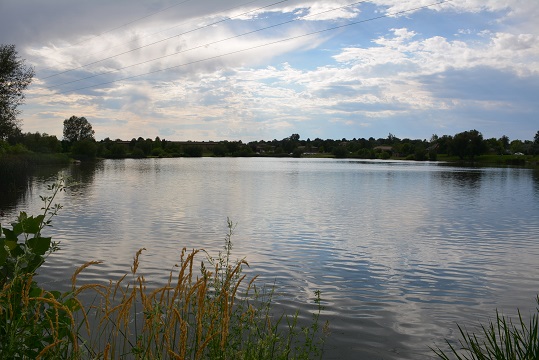 Go in any direction 10 to 11 miles from the center of town and find yourself in the country. You will be surrounded by lots of trees, lakes and plenty of open ranges. The abundance of wildlife is very amazing as well.

Greeley isn’t considered a world class vacation destination. There are no elaborate all-inclusive resorts, no world championship golf retreats or fancy ski chalets. But what it does offer is the convenience of being minutes away from Colorado’s beautiful Rocky Mountains. Greeley is a mere fifty minutes north of The Mile High city of Denver and less than forty five minutes south of Cheyenne, Wyoming. 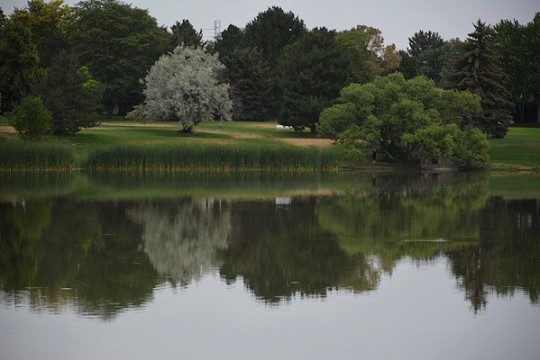 Northern Colorado offers plenty of outdoor activities like hunting, hiking and some of the best camping around. The quaint mountain community of Estes Park and its freshwater Lake filled with rainbow trout is less than an hour away. There are also a variety of reservoirs for water skiing, fishing or spending a peaceful day on a boat.

If you are ever traveling down I-76, I-70 or I-25 and need a place to hold up for a few days, Greeley is a great town with lots of spirit. Its centrally located and could offer a relaxing rest between destinations. There are plenty of affordable accommodations, lots of great eateries and without a doubt, some of the friendliest people you will ever meet. 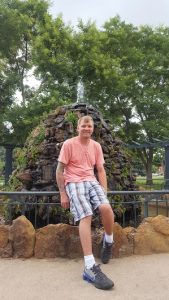 ‘Dedicated to all my Greeley peeps’