Bristol, Rhode Island is a quite and peaceful waterfront community with a fascinating history. The original settlement was founded in 1680 and became an official entity in 1681. Up to 1854, Bristol was the state capital until Providence took that title away.

My name is Anthony and I am a writer, photographer and videographer for the travel site. I will be your guide through this amazing adventure. I will also be sharing several points of interest during our tour. Let’s get started!

Bristol was named after Bristol, England and is the county seat with the same namesake. Its harbor is a port-of-call on the Narragansett Bay. This deep water seaport was a vital source of supplies for the settlements in the 17th century.

Bristol holds centuries of pre-America history. Rhode Island was one of the original thirteen colonies and during the American Revolutionary War, the city was bombed not once but twice by the British Navy.

After the second bombing in 1778, five hundred British troops marched down what is now Hope Street and burned several barracks, various homes and essential businesses. They also took a number of prisoners who were revolutionist to Newport, Rhode Island. What happened to them after that is unclear.

There is so much to see and do in this historic town. It was very difficult to not photograph and video all the colonial flare this community portrays. I will try to keep my information as brief as possible and at the same time, use as much visual presentation as possible. There will also be a short video at the end of this blog. 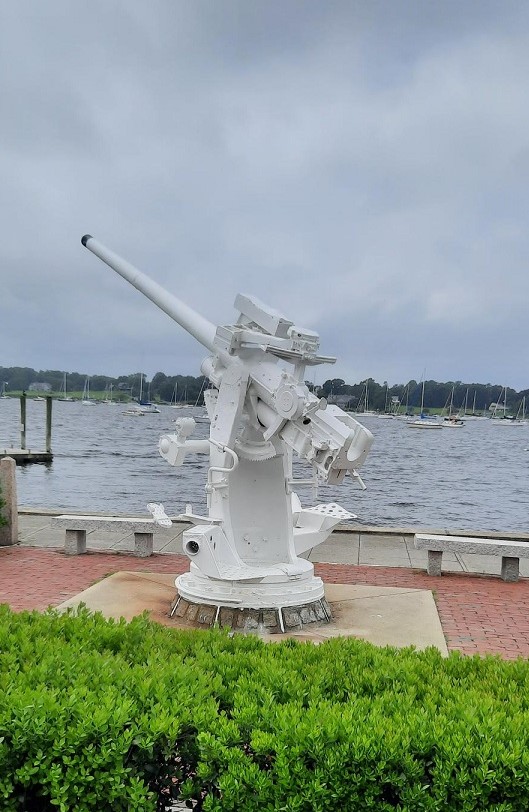 What looks to be a 50 Caliber stationary shore to sea and air gun, was placed by the US Army Coastal Artillery Corps. It was established to guard the Narragansett Bay.

Having gone through several name changes over the decades, the Coastal Harbor Defense was formed in 1859 through 1950. Along with the artillery guns, underwater minefields where laid as well. This defense was put in place to guard the towns that reside along the bay.

You can see early American history around every corner and every building along the town’s narrow streets.

Starting in the 17th century and continuing through the late 1800s, the buildings in this town provide a true colonial design. Most of the homes were constructed with either red bricks, wooden slates or shingles.

Many of the homes around town have gone through extensive restoration. Each one has an small plaque that provides the original construction date and if known, the original owner. When walking along the tree lined streets, we were simply amazed at some of the homes. It was like walking back in time. Whoever does the restoration on these beautiful homes are very skilled at what they do.

We couldn’t have asked for a better day. Summer time in the New England states is nothing less than fabulous. After walking around Bristol for the better part of the day, we decided to check out a few of the local eateries and watering holes.

Each one of the establishments we visited had their own motif. Some had a nautical theme while others held on to their early American roots. There is one thing they all had in common and that was a menu filled with fresh seafood.

One particular bar & grill we visited was Judge Roy Bean Saloon. Besides the friendly staff, the bar itself reminds me of Sloppy Joe’s in Key West. They both have lots of interior wood, sit on a corner, and the windows open up to let the outside in.

After a tasty seaside lunch, we decided to walk east towards the tip of town. Here is where you can cross over the 1.1 mile long Mount Hope Bridge to Aquidneck Island. The 44 sq. mile island is home to Portsmouth, Middle Town and Newport, RI.

Bristol has a long-standing reputation for building boats of all sizes. It is considered to be one of the world’s top destinations for boat building. In 2018, the New York Yacht Club selected Bristol as it’s headquarters to build America’s Cup challenger, American Magic. 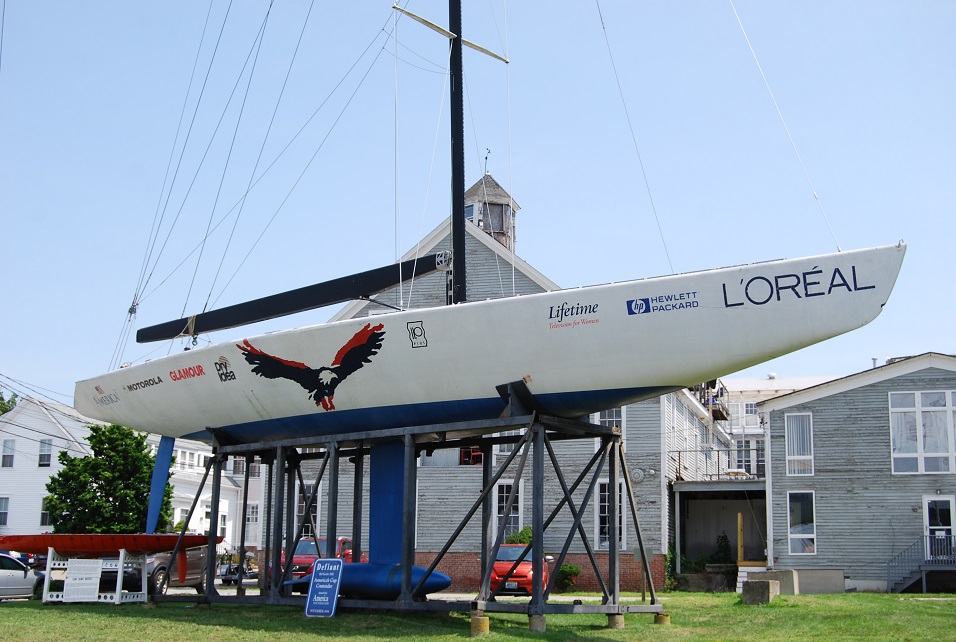 The Herreshoff Marine Museum is in remembrance of the Herreshoff Manufacturing Company. The family has been in the boat building business since 1863. Their innovating technology is credited for building some of the fastest sailboats in the world. In 1992, they built the 75 foot Defiant which won the America’s Cup that year.

There is so much more to see and do in and around this fascinating town. Bristol’s welcoming spirit, seaside ambiance, and amazing history makes it the true definition of hometown USA. When traveling through the New England states and you have a “Must see List”, Rhode Island should be on or near the top. Our next adventure will offer a “Toast” to our wine connoisseurs. Stay tuned! 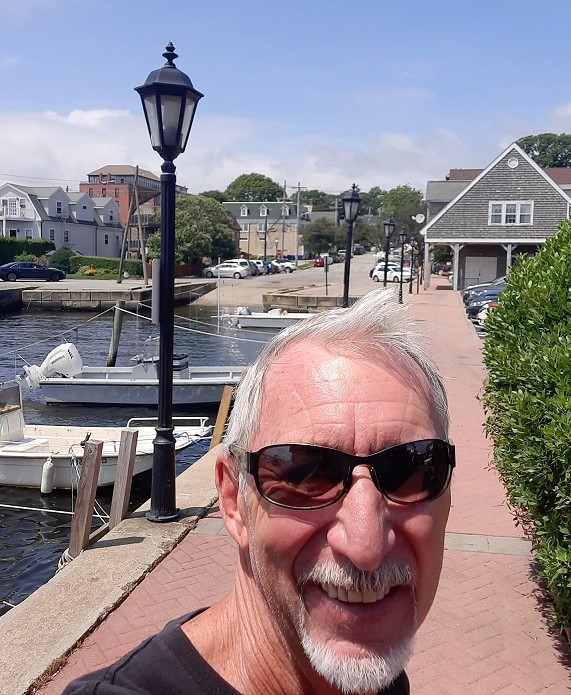