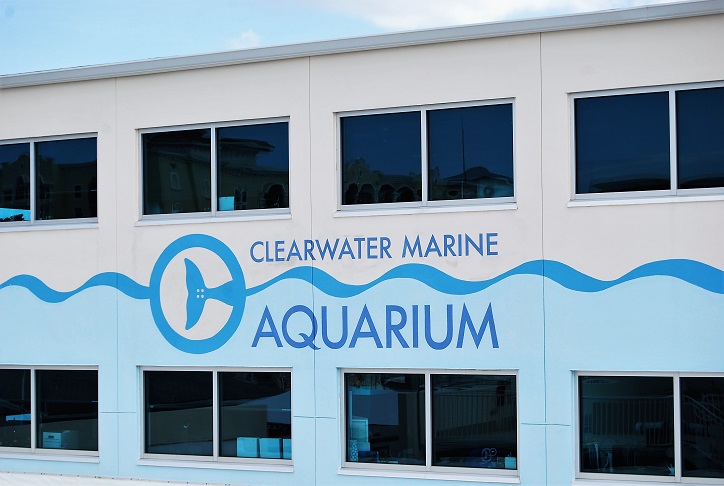 Clearwater’s Marine Aquarium has a signature motto and in its abbreviated form includes 3 Rs. They stand for, “Rescue, Rehabilitate and Release”. Without a doubt the Marine Aquarium stands by this 101 percent. Their efforts have gained astonishing results in helping troubled marine life. 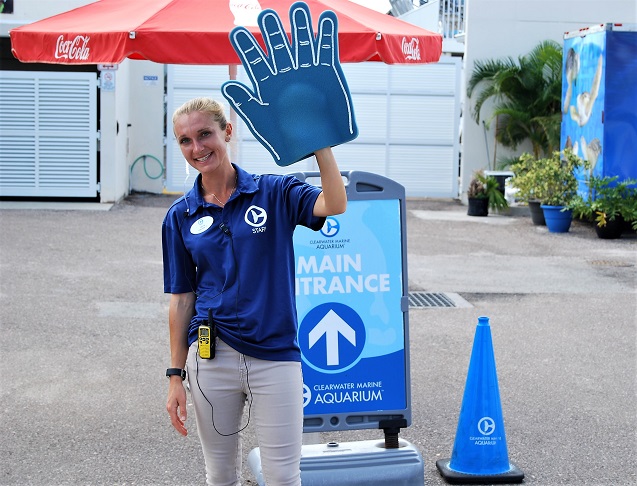 My name is Anthony. I will be your guide throughout this fabulous tour. When arriving at the seaside attraction, you will park your car in their exclusive garage. You will then proceed to the entry in the lower level of the garage. After you purchase your tickets, you will walk along Windward Passage – the street that runs along the aquarium’s campus. You will be met by a ‘hand waving’ associate that will guide you and/or answer any immediate questions you might have. 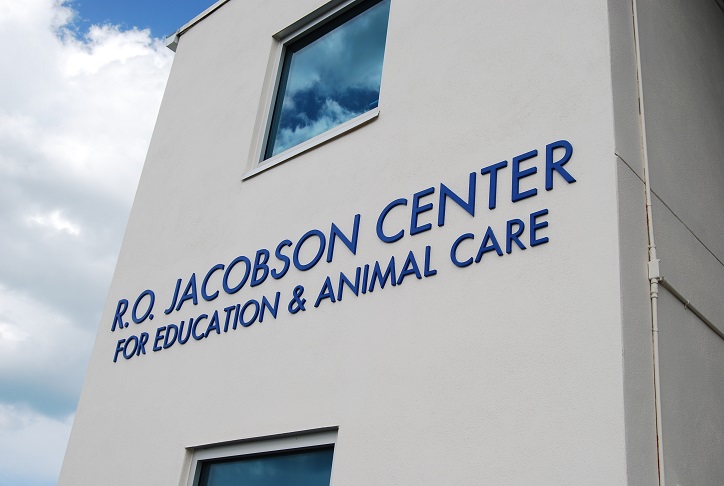 We spent a full 3 hours taking in not only all the marine life, but learning how the Clearwater Marine Aquarium is feverishly saving the inhabitants of our precious oceans and surrounding waterways. The R.O. Jacobson Foundation donated a half million dollars to the Clearwater Aquarium’s cause. The contribution was not only for the aquarium’s rescue mission, but also aquatic education and research. 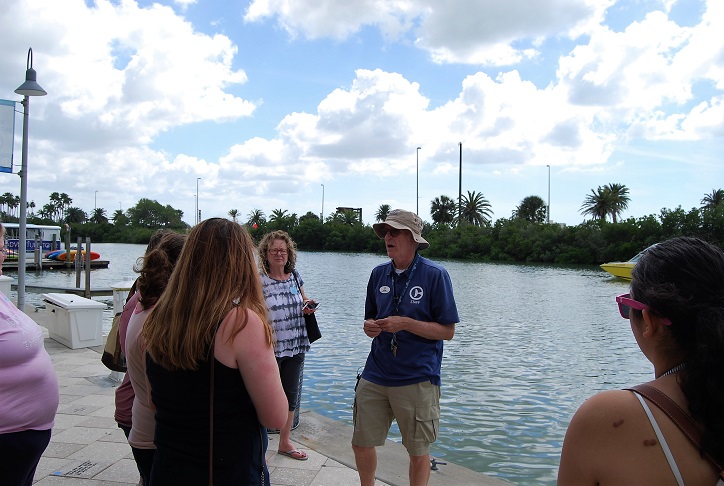 We purchased an additional ticket that included a guided tour through the rescue and hospital areas. We began the tour on the attached docks where rescuers arrive with their aquatic patients. Brian, who was our guide explained how their trained staff transports injured animals to the aquarium’s hospital. 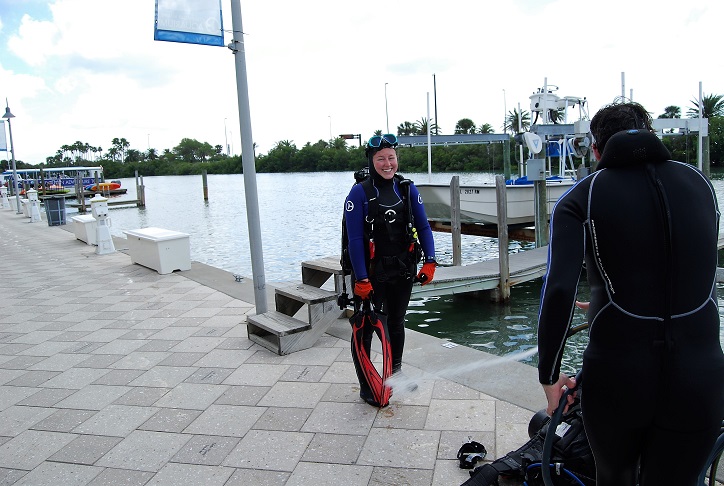 A few rescue divers who where on a practice run were having a little fun while rinsing each other off. From here the animal is taken to the appropriate station. The aquarium’s onsite emergency room and hospital makes for quite an amazing facility. It virtually mirrors a human hospital but instead treats various seagoing creatures. 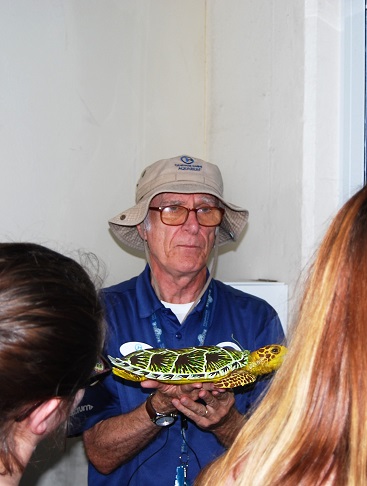 Brian was our Behind the Scenes Tour guide and is very knowledgeable regarding the hospital and its variety of in-and-out going patients. Here is where Brian was explaining how they treat turtles with various diseases and injuries. 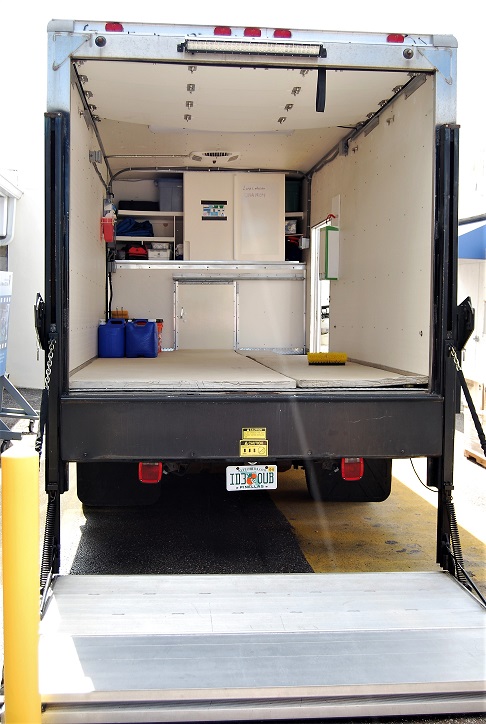 Like any other emergency center, the marine hospital has its own ambulance and rescue vehicles. 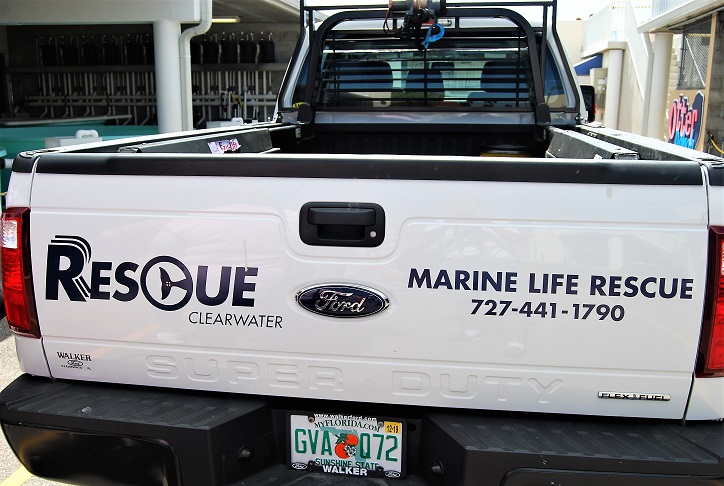 These vehicles go to places where boats can’t reach. Sea animals aren’t always in the open waters. They could be beached or stranded in a shallow inlet. No matter the emergency, the Clearwater Marine Aquarium rescue staff is prepared to handle almost any situation. 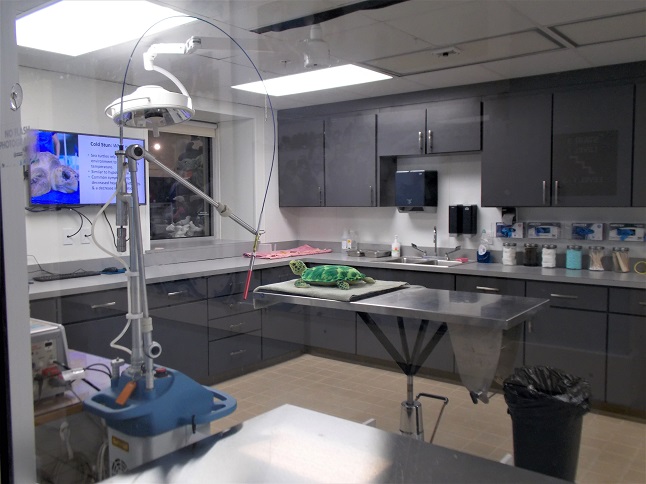 Once the animal arrives at the rescue center, they are immediately taken to the combination Emergency & Operating room. Here is where the highly trained staff attends to the injury or disease. At this particular point the animal will either survive or not. Like working on a human, acting quickly when seconds count is vital to life or death. The hospital does boast a higher success than failure rate. 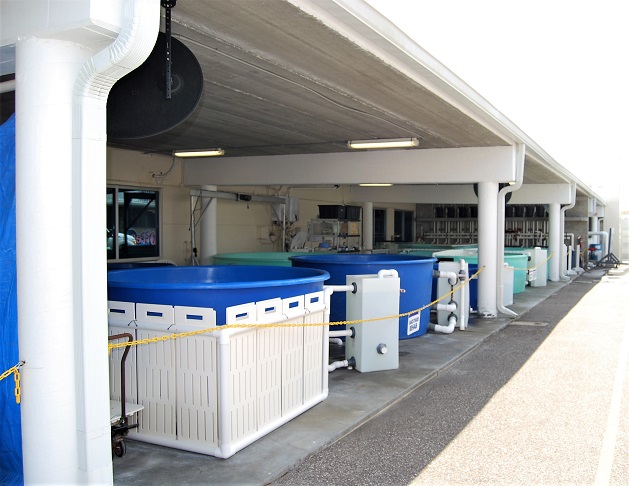 After any procedures or advanced treatments have been performed, the patient is then transferred to an ICU unit. These specially designed pools are used for the recovery and rehabilitation process. Each tank is equipped with a certain monitoring and filtration system that assures a purified environment – paralleling a human ICU.

Once the patient fully recovers and finishes any necessary rehabilitation, the Marine’s mission is to ‘Release’ the animal back to its natural habitat. In some cases the animal will be tagged for monitoring purposes. However, if the animal’s circumstances can’t justify its release, it will remain with the aquarium for an indefinite amount of time. 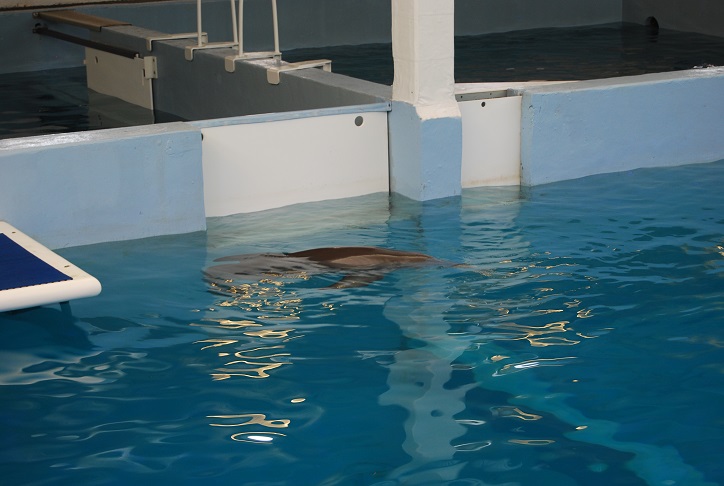 Unfortunately, one of these maimed animals couldn’t be released back into its natural habitat. However, you might know this unfortunate but very famous animal who stared in its own true-to-life adventure. The movie “Dolphin Tale” introduced us to a dolphin by the name of Winter.

Winter was a young and carefree Bottlenose dolphin until she got tangled up in a rope that was connected to a crab trap. The mishap eventually caused Winter the lose of her tail. This is where the idea for a movie came to be. 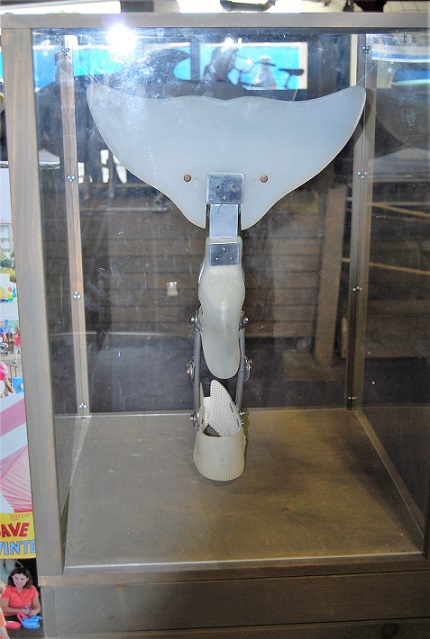 Several of Hanger Clinic’s staff including V.P. of Prosthesis and Dr Mike Walsh – a leading Marine Mammal Veterinarian, developed a mechanical like Prosthetic tail fin for Winter. The rest is history. 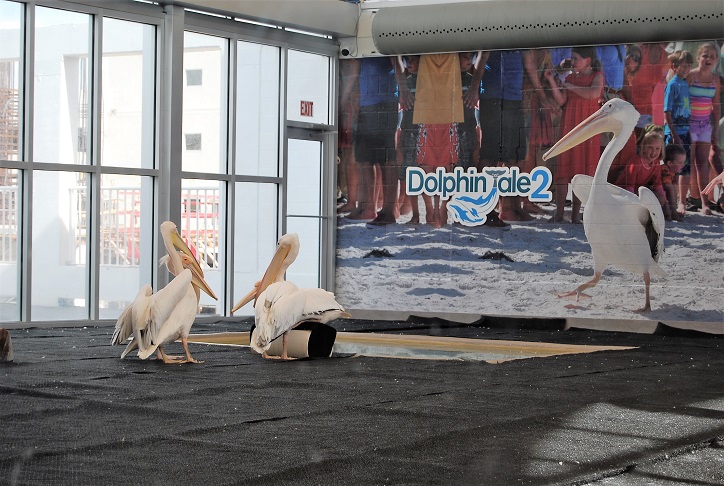 Lets not forget some of the other participants in this family oriented movie. Rufus is a pelican who has a place where he can proudly display his claim to fame as well! This wasn’t your typical Hollywood production. It was filled with plenty of unscripted actors. 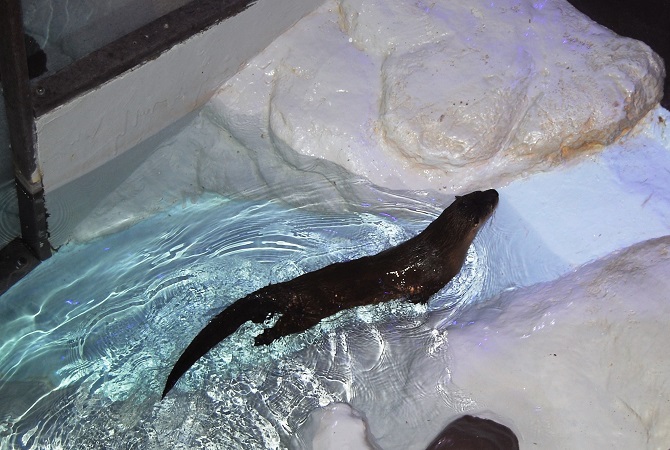 After the ‘behind the scenes tour’, you can start your own tour of the aquarium. There are several shows that include dolphins, otters, a petting tank, and a place to hangout with sharks. 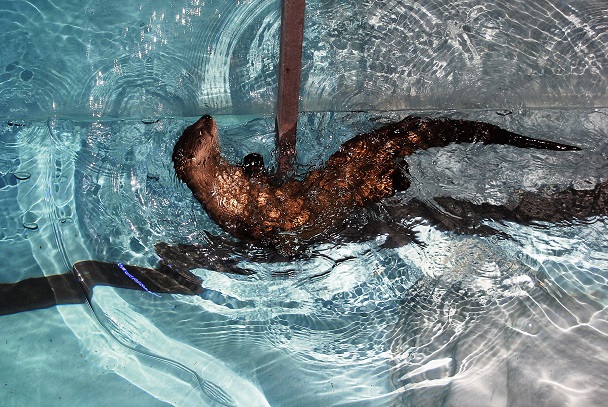 The Otter Oasis is where people can feed and watch them swim and play around. Florida Otters are found in fresh water lakes, rivers and swamps. These cute little creatures can be dangerous and need to be observed at a distances. 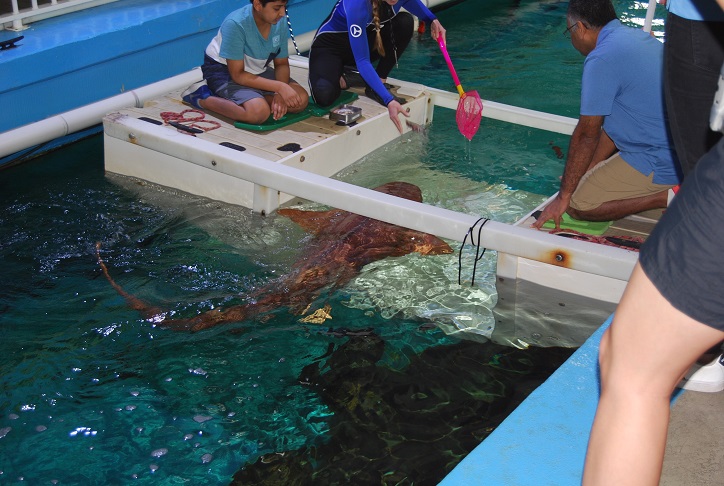 You can sign up to be within feet of Nurse Sharks during a feeding. This docile but still very dangerous shark will inflict harm on a human if given a chance. 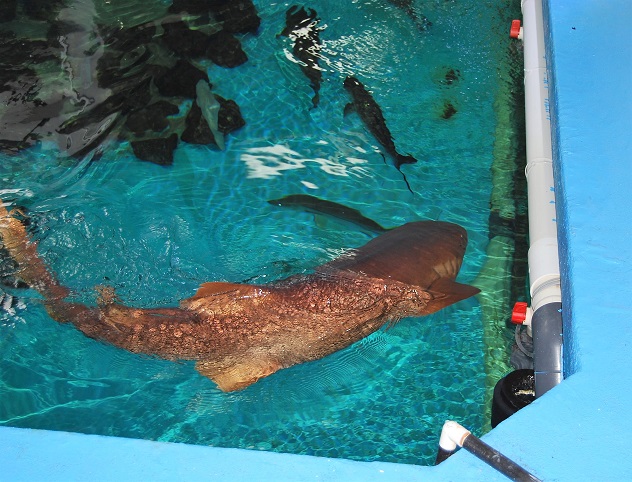 A trainer – staff member drops pieces of fish off a short platform to a passing shark. The shark chomps on the food provided without any hesitation. 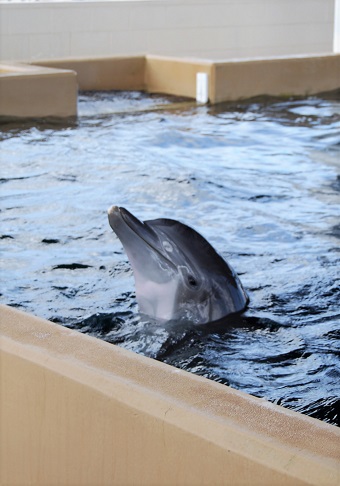 One of the most photographed dolphin’s alongside Winter is Nicholas. A Bottlenose dolphin named Noelle and her calf (Nicholas) were rescued on Christmas Eve in 2002. Unfortunately the mother – Noelle didn’t survive her injuries but her calf did. 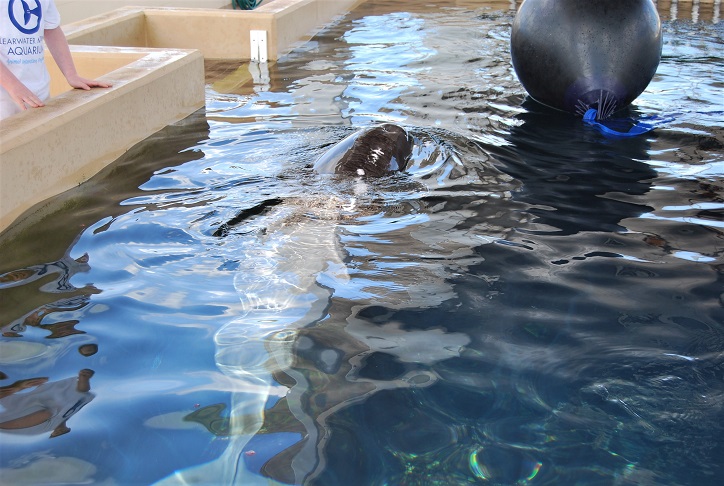 Nicholas was scared with 3rd degree burns and was also diagnosis with a respiratory illness. He has become quite an attraction to the aquarium’s visitors.

There is no doubt the Clearwater Marine Aquarium has several purposes. One is to bring attention on how important sea life is to our ecological system. Without our oceans having a thriving existence, our planet is doomed. The second is to rescue distressed animals. Our ocean’s marine life is a vital source of sustainability. The aquarium acts as a virtual classroom for our children. For example; “If we cut down all the trees, our children will never know the value of a forest. If we kill off the oceans, they will never understand how valuable our seas and its inhabitants really are” – Point made.

The brief video below will give you a visual tour of Clearwater Marine Aquarium and several of its attractions. If you have any questions on this or any other travel articles, you can email us at youmeandthedock.dt@hotmail.com. Please take a moment and become a subscriber and get our new adventures sent via a direct link to your email. Enjoy the video! 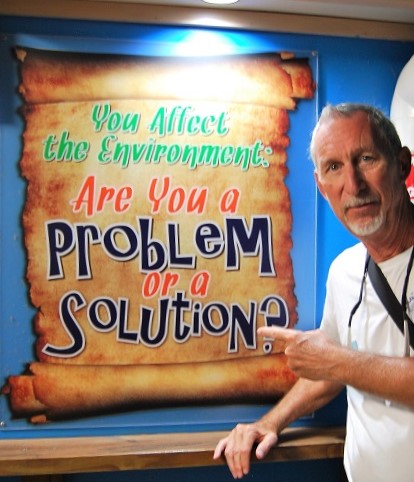