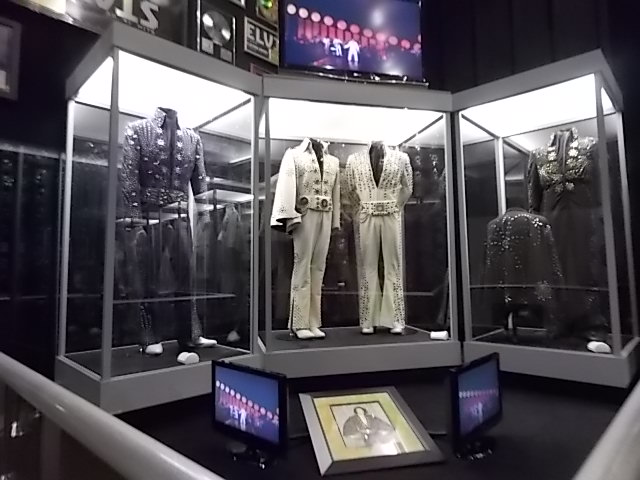 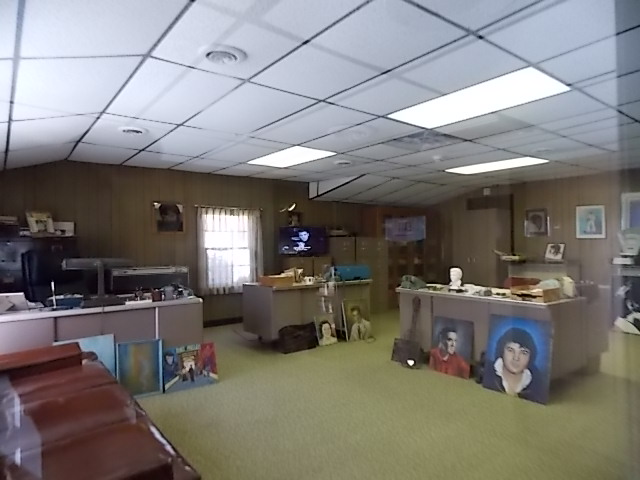 After walking out the backdoor of the mansion, we followed the concrete pathway past the carport and right up to Elvis’s business office. There are lots of memorabilia pieces scattered throughout the office. There are pictures, album covers and leather chairs and sofas. The original desks, file cabinets and office equipment where Elvis and his staff managed his entertainment empire were still waiting for the next day’s business meeting. Right next door was his firing range. I bet the space was very handy for those frustrating days at the office. There are still bullets lodged in the wall from some of Elvis’s favorite handguns.

From here we traveled over to the racquet ball court, which was converted into a shrine of sorts. Below are a few of the showcases that hold some of Elvis’s trademarked outfits. 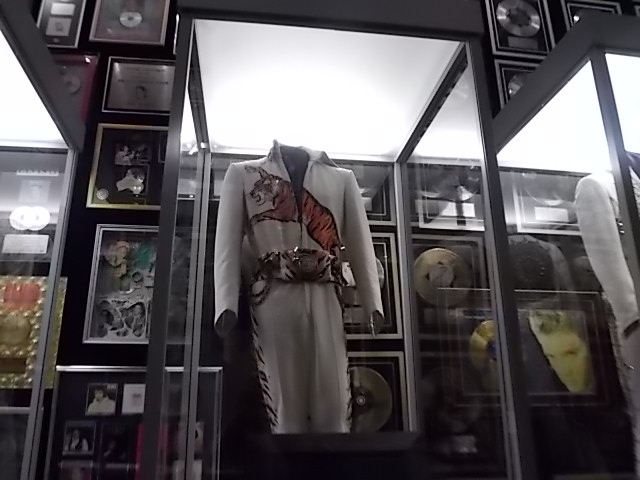 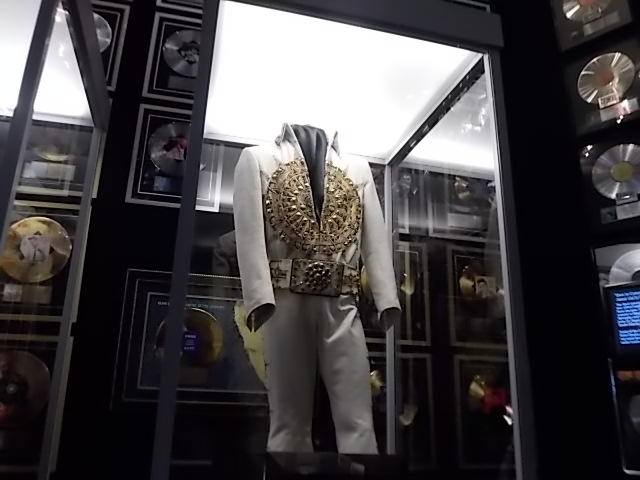 The room was filled with nostalgia that included photos, record awards and stage props. Above the showcases were large flat screen monitors that  continuously played clips from his many concert appearances. A lot of the concerts that played on the monitors were Vegas acts. Elvis loved Las Vegas, and Las Vegas certainly loved Elvis. The Elvis movie, Viva Las Vegas, which actress Ann-Margret co-starred in was regarded by fans and film critics to be one of his best movies. It seemed like we spent an eternity there just mesmerized with the whole folly atmosphere. We finally exited the building and wandered down a walkway that lead us to a sacred place where time seem to stand still.

Where were you on August 16, 1977? Not just the music industry, but the entertainment world as a whole lost a great performer and human being. The announcement of Elvis’s passing struck a large blow to his fans in global proportions. Thousands of people gathered at Graceland, including Priscilla and Lisa Maria that evening for a wake. Elvis was originally laid to rest at Forest Hills Cemetery alongside his parents. After several attempts of grave robbing, it was decided by his estate executives to have the family’s remains moved to a site on Graceland where there is 24 hour security. The photos below can not explain the solemn feeling you get when standing at the foot of Elvis’s final resting place.

Elvis is laid to rest between his father, Vernon Elvis Presley and his   grandmother, Minnie Mae Hood-Presley. 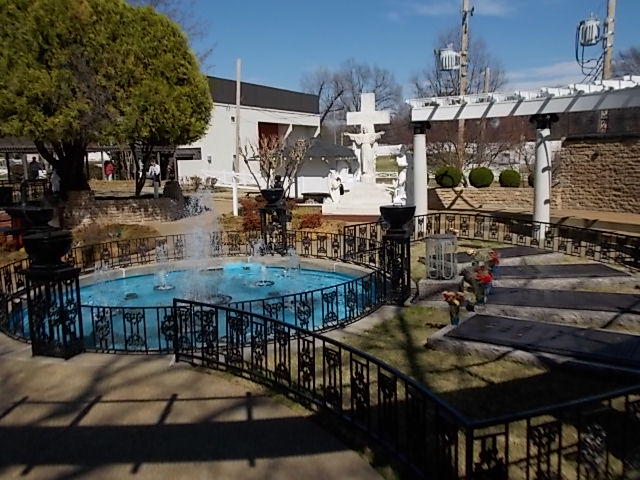 The site is lavished with granite statues, fountains and water features to give a calming feel to the viewing area. Hundreds of thousands visit Graceland every year. People come from every corner of the world to see where one of the most remembered entertainers that blessed us with his music, kindness and humanitarian ways lived and is laid to rest. 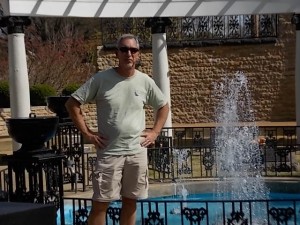