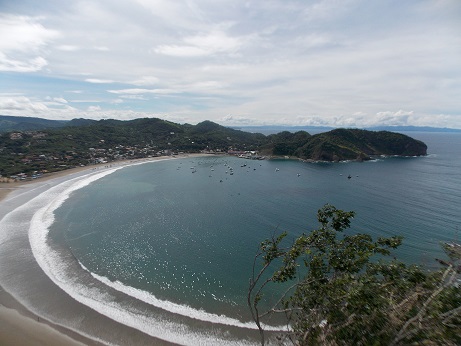 What you read and see in the media sources these days about Mexico is not always bringing you the full story. We have traveled all around a country where news outlets call “A very dangerous place to visit”. I am here to tell you firsthand not to believe everything you hear. It is true that there are some unsafe areas in the country to our south. But again, they are not usually places you want to visit.


We have crossed Mexico’s Tijuana border by car and foot several times and yes, it is a dangerous city. There are other border towns that are considered unsafe as well. Towns like El Paso, Calexico, Laredo and Ciudad Juarez – which at one time was considered the deadliest city in the world, are drug cartel’s shipping lanes. But as late, the Chihuahua State Attorney General’s Office has stepped up its efforts to erase that title.

The cities mentioned above are not likely to be desirable vacation spots or expat retirement locations. However, these cities are part of Mexico and are portrayed as how all of Mexico is. As I said, I am here to tell you that is the furthest thing from the truth. When I tell people about our adventures through Mexico and mention that we are considering retiring there or at least staying part-time, they say and I quote, “It has been nice knowing you”! I have to ask them, “Why do you say this?” Nine times out of ten they will answer by saying, “Don’t you listen to the news?”

I tell people we spent time in Belize, specifically on the island of Ambergris Caye – Belize’s Caribbean pearl. Their reply is that they have heard it’s a great place to visit and possibly retire to. Ambergris Caye is a beautiful island. Its palm tree lined beaches and Caribbean water are simply gorgeous. But in San Pedro the largest town on Ambergris Caye, we came across more gangs cruising the beaches soliciting drugs than I have ever experienced in any part of Mexico and its resort destinations.


Why doesn’t anybody know this? Because the news media doesn’t care about Belize. There is nothing currently happening there or controversial about the country. So in turn, they fly under the media’s radar. Does this mean Ambergris Caye isn’t a safe place to go? Not at all. I would still travel there again, but keep a close eye on who is around you.

This last September we spent a month and a half touring around Mexico’s Yucatan Peninsula. We traveled by taxi cabs, public transportation and buses, as well as walked around thru many unfamiliar towns and city streets. Not once did we feel like we were in danger. Did we see things that were not normal in respect to our culture? Yes we did. Was there poverty and different ways of doing business with street vendors? Yes to that also. But there were no cartels shooting people, Federals and/or Policia hassling Americans and/or foreign visitors. Could we have found trouble? Yes we could have. You can find trouble anywhere in the world. No matter what type of neighborhood and/or city you go to. This includes the good ole US of A.

Unseasoned travelers are likely to take stock from the media’s directed propaganda. If there is trouble in a location you are planning to visit, simply select another destination and move on. The world is full of troubled areas. this includes all the developed nations as well. The United States is listed on the Top 10 Places to visit in the world – ranked number 7. If the travelers where to judge us on senseless murders in our schools, movie theaters and shopping malls, do you think they would want to still visit? When people tell me we are going to die if we go to Mexico, I ask them, “Have you been to Chicago, Detroit City or Kansas City lately? Don’t forget about California – considered to be one of the most gang ridden place in the world”. I think people better start paying attention to what is happening in their own backyard before passing judgment on a country they know nothing about.

The point I am trying make is that there are no 100 percent guaranteed safe places to go anywhere in the world. This includes but not limited Europe, North America and as far away as Australia. Your safe haven is only within your own comfort zone. If you are adventures and want to experience the world, don’t let the news media’s detour you from doing so. There are so many undiscovered jewels out there to see and explore.

I spoke briefly about Ambergris Caye, Belize which is located in one of Central America’s most depressed economies. But it is still a great place to visit. The country of Nicaragua was another place we visited and stayed for a while. We were again told that we better watch out for revolutionists, or more commonly known as the Sandinistas. FYI folks, The “Contra War” ended in 1989 and democratic elections are now held. The government is still under funded, but maintains stability throughout its years of democracy. There are rumors about corruption amongst Nicaragua’s government officials. Is there a government that doesn’t have such rumors? Nicaragua is a very poor country, as is most of Central America. However, the Nicas knew no differences until the developed nations came knocking on their door wanting to purchase cheap mountain and ocean front property. I am sure the media will soon create a fire storm once the developed countries poison its innocent victims with greed.

In summary. The best source of information when traveling to a foreign country for a vacation, a quick getaway, or a lengthy stay is to talk with people who are seasoned travelers. They will be able to give you the upfront scoop on your potential destination(s). There are also numerous travel sites and blogs that offer true to life descriptions about almost every imaginable earth bound destination. I hope this article smooth’s out some of your apprehensions about traveling abroad. Mexico has so many safe and fun spots to visit. I have watched lots of families, couples and singles enjoy themselves in places like Cabo San Lucas, Puerto Vallarta and Playa del Carmen to name just few. Don’t be afraid to get out and travel. Go see this big beautiful world of ours.

For any feedback, suggestions or would like to tell us about your own travel experiences, email us at; youmeandthedock.dt@hotmail.com.