My name is Anthony Scopel. I am the founder and publisher for the travel site You, Me and The Dock. Since its creation on January 10, 2013 in Oxnard, California, we have published many adventurous travel articles, photos, and just recently several true-to-life videos. But on this particular occasion instead of me being behind the scene, I was the focal point for a promotional video for Top Mexico Real Estate. Here is how “My day in front of the camera” went!.

On July 1, 2016 we landed in Cancun, Mexico for a three month writing and photography assignment for the travel site. It eventually turned into a ten months stay. We rented a very nice condo in the popular resort town of Playa del Carmen and its gated community Playcar. The owner agreed to let us stay there for the additional seven months.

During that time we met and became friends with lots of people. One of the couples we met are real estate agents for a very well known company named Top Mexico Real Estate. When we were out with them one evening having dinner and drinks, Hazel mentioned that Top Mexico was looking for a writer to work with their Marketing department. One thing lead to another and I found myself writing various articles and descriptions for the real estate company. 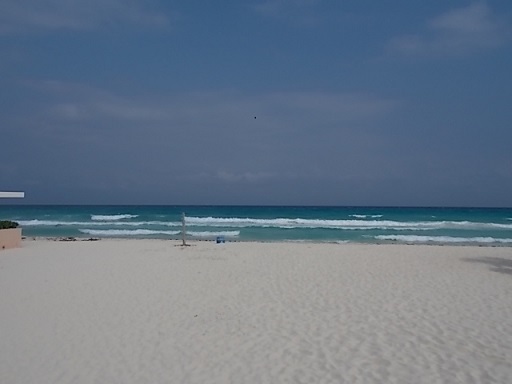 I was visiting with Dalila one day. She is in charge of Top Mexico’s Marketing department. We were discussing my next few assignments when all of a sudden our immediate topic changed from writing to video promotions. She asked if I would be interested in doing a film clip titled, “Why I moved to Playa del Carmen”. It kind of caught me a little off guard, but without thinking about it I responded by saying, “sure”! 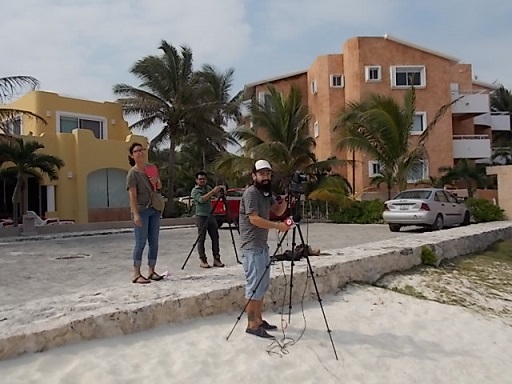 Here is where the fun part begins. Dalila and her camera crew (pictured left) picked me up. We positioned ourselves on a beautiful stretch of beach that bordered south Playacar (pictured above – left).

It was midday and this part of the beach wasn’t that busy as of yet. Dalila and her camera crew set up their equipment as I received some last minute instructions. Before hand, I managed to put together a brief and very impromptu script. But most of the dialog was created as the interview progressed on. 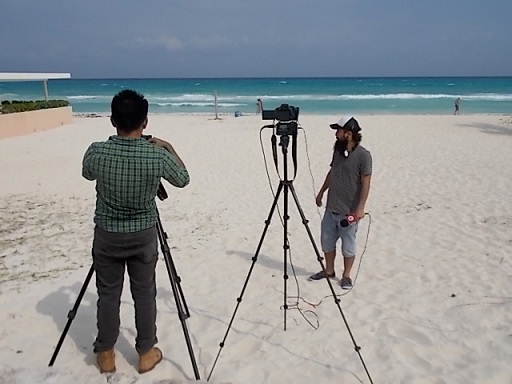 Its video time! We started out with me answering some questions that were asked behind the scenes. Dalila (pictured above – left) was asking questions in between takes. I in turn answered the lead-in questions while the video was running. Thank goodness for editing features. 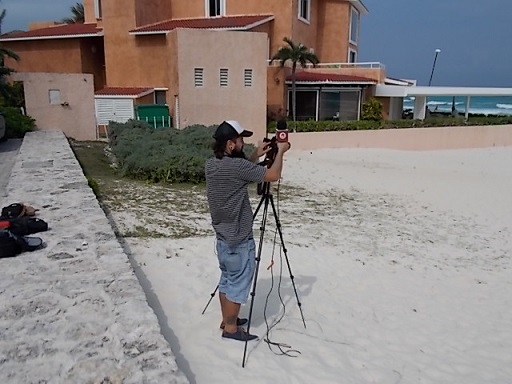 We did the initial video which consisted of me doing the major part of promoting Playa del Carmen. It truly is a very beautiful place.

When you view the video, after my interview we continued with some clips highlighting Playa del Carmen’s beautiful white sand beaches and gorgeous turquoise Caribbean Sea. 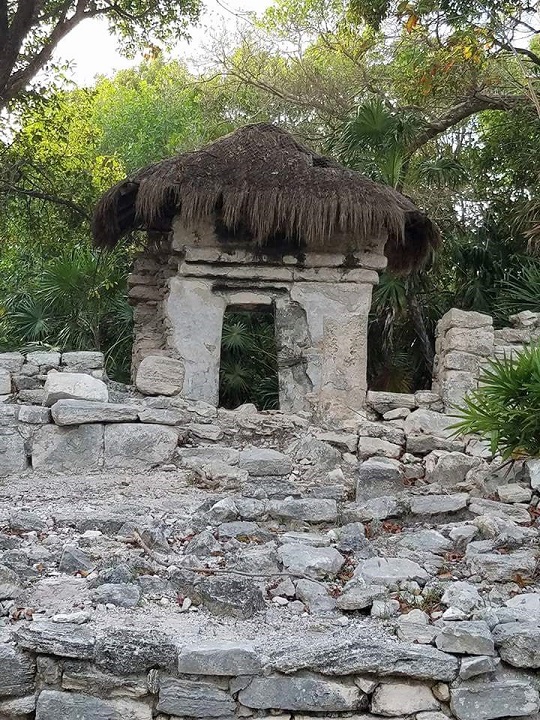 During the video recording session, we took a walk across the street to some Mayan ruins (pictured right). The site is surround by a jungle preserve that winds in and around the community. There are several Mayan ruins scattered throughout Playacar’s community. 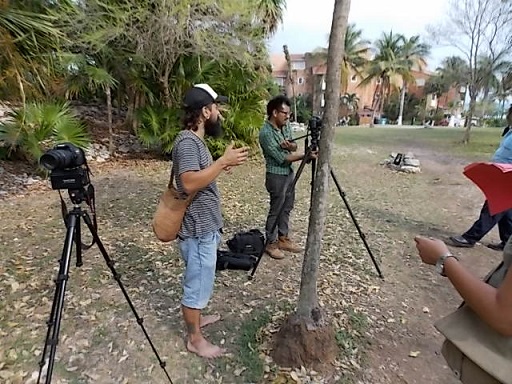 The camera crew (pictured directly above) began preparing for the scene, but before we started taping a guard came up to us. He and is supervisor told us that we could not include the ruins in the shot and had to leave.

After minutes of unsuccessful negotiation, we finally had to move on and venture further into the jungle where we did our final taping. After we finished the crew packed up and we all said our good byes. It was a very exciting afternoon. One that I will never forget. 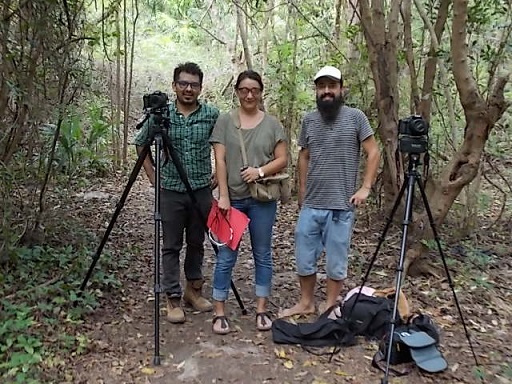 I want to give a great big shout out to Dalila De Leon, Camilo Perez, Samuel Balam and Top Mexico Real Estate!