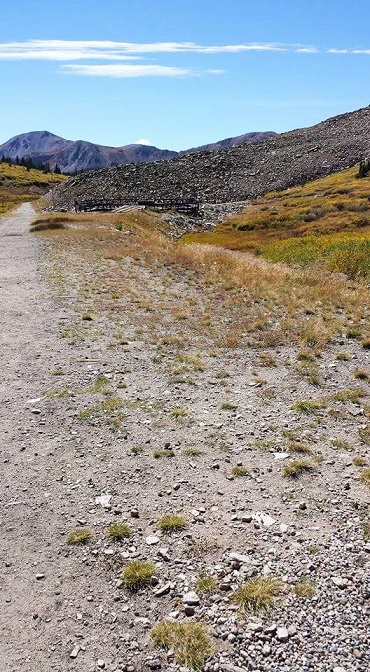 The Denver, South Park and Pacific Railroad – a. k. a. Denver, Leadville & Gunnison Railroad, was a narrow gauge railroad that operated from Denver to many western mining towns. You, Me and The Dock’s Wilderness King – John Brooks, takes us to several locations where this historic railroad traveled in and around Colorado’s Rocky Mountain region.


John decided to take his four wheeler out with camera in hand and do some adventurous exploring of the railway’s high altitude grid. The original purpose of the railway was to transport mined materials from town to town. John’s photo tour takes us to some of the trains stops.

The barren and seemingly straight path – pictured left, led to the train’s turntable – shown in the foreground. This junction of the track would allow the train to reverse direction if no other stops were needed further ahead. A portion of the apparatus is still intact and proves its purpose. 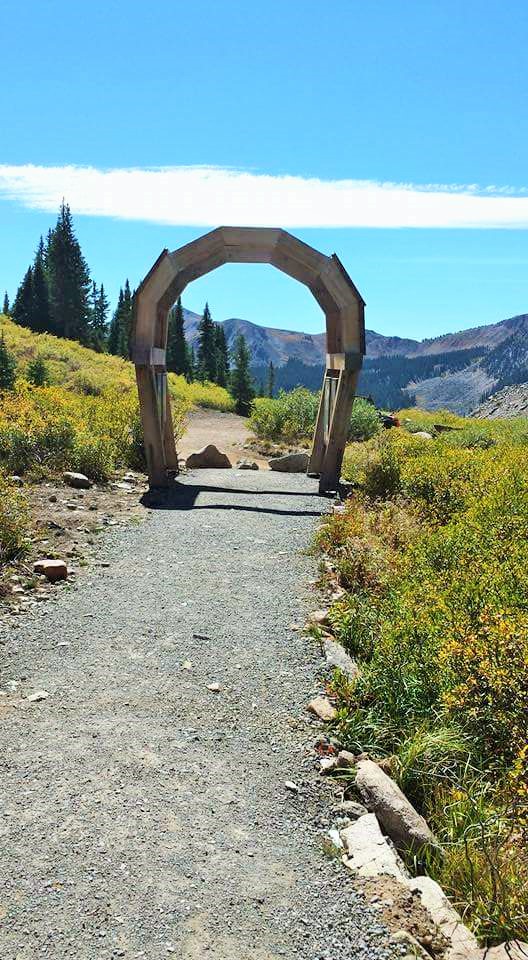 After leaving Denver’s Union Station, the train weaved through the mountainous terrain. The tunnels were reinforced with strong timbers preventing them from collapsing. The framed archway – shown right, is located just outside Pitkin, Colorado. 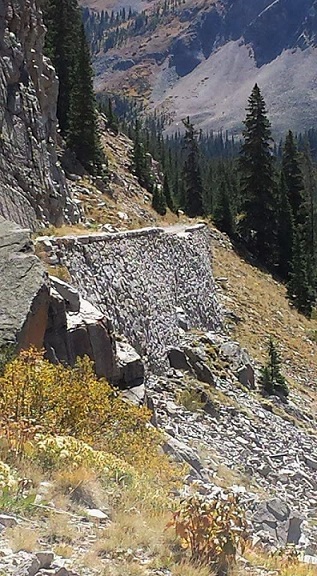 John focused in on this part of the railway’s path that is named Palisades (pictured left). The tight curve(s) that hug the mountainside leading to the Alpine Tunnel were constructed by contracted masons.

The experienced masons used precise carved granite blocks that were so tightly fitted that mortar was not needed. Timbers were inlaid to support the rock wall’s foundation from collapsing under the winter’s water runoff. 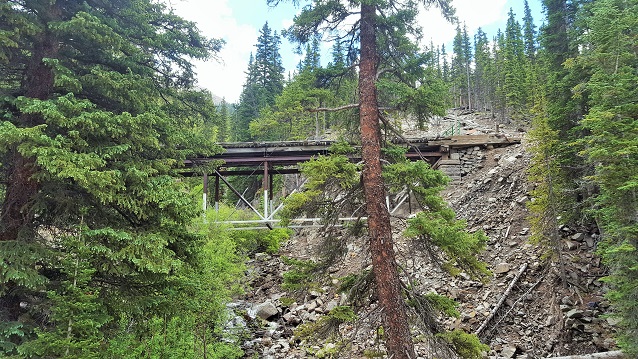 St. Elmo’s bridge led the train, at the time towards the highest tunnel in the country – over 11, 500 feet in altitude. The wooden trestles are still connected and supporting the century plus old bridge. 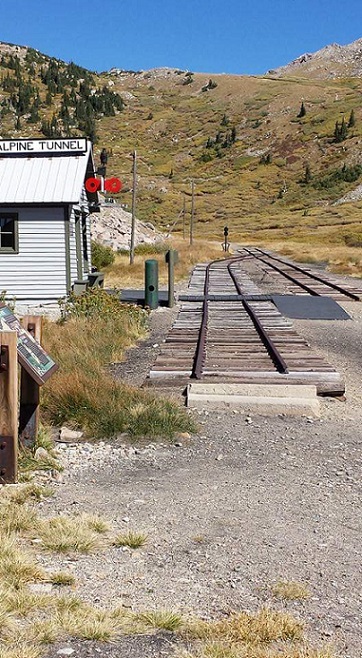 There are a few structural remains along what is left of the surviving rails. One of those structures is an Alpine Tunnel station. The Alpine tunnel telegraph site (shown left) creates lots of interest regarding its existence. The railway began operation between the mining towns in 1872. But the company was purchased by the Union Pacific Railway before going bankrupt in 1893.

The dismantlement of the railway started in the first part of the 20th century. There are parts of the old rail system that survived total demolition. This is one of those stations that survived and is where John Brooks – Wilderness King takes us on his tour. 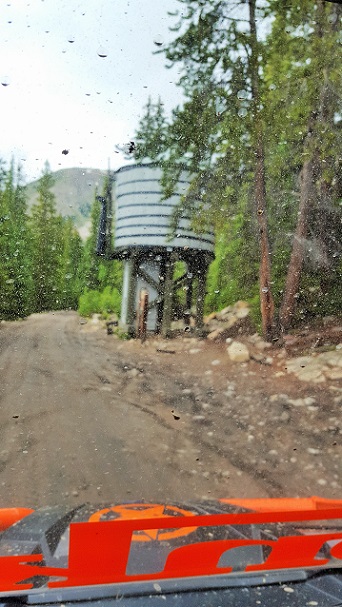 While John was following the DL&G (Denver Leadville & Gunnison) turned DSP&P (Denver South Park & Pacific) rail trail on his 4-wheeler, he came upon a water tank that supplied the thirsty steam engines. The train’s mountainous path required water filling stations about every two or three miles. 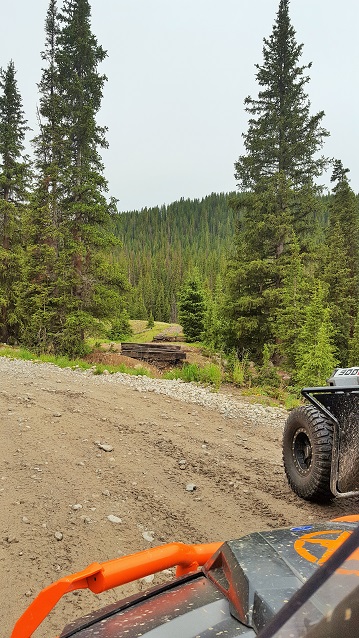 Still following the old railway trail – approximately 208 miles from Denver to Gunnison, John shows us where a gradual curve was cut out so the train could make the journey’s upward climb towards the high altitude tunnel.

It took 18 months to complete the 1,825 bore through solid rock. The tunnel was designed to have a thirty year life. The last locomotive passed through the tunnel in November of 1910. 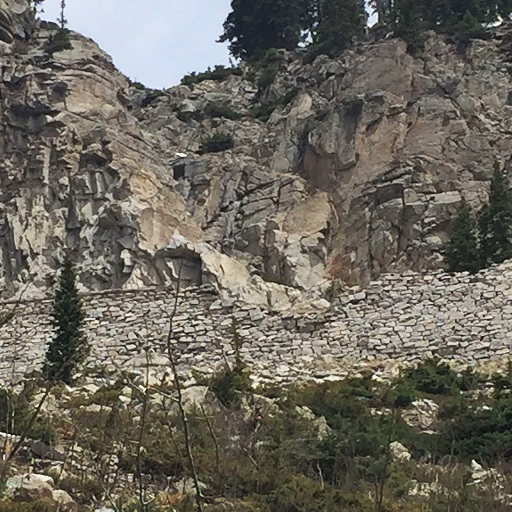 Parts of the Palisade’s fitted block wall had collapsed last winter after the slivered mountainside had tumbled down. The wall is supposedly scheduled for repair under a proposed grant sometime in 2017.

There are two original narrow gauge locomotives left. They are on display at the Colorado Railroad Museum located in Golden, Colorado. If you are a train buff or western historian, it is well worth the visit when in the Denver area.

Thank you again Wilderness King for another mountainous adventure. Any early American history that involves trains and there demise for transporting people, product and mining from one point to another can peak a lot of interest. These steel horsed coal and water breathing monsters played a major part in building this great nation. 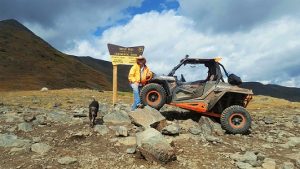