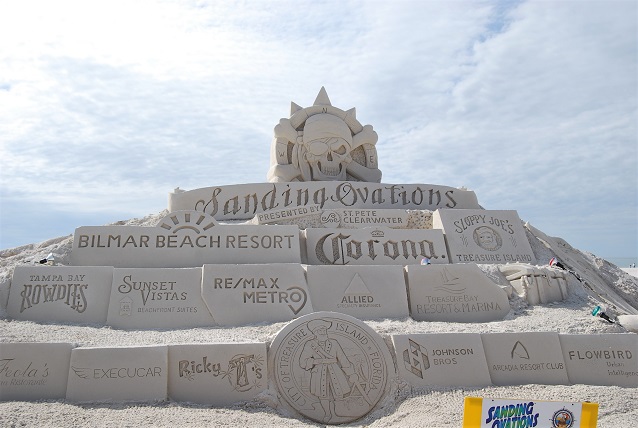 Art comes in so many forms. Treasure Island’s 10th Annual Sanding Ovations Masters Cup sculpturing championship offers one of those masterful forms. It’s a beautiful day on the beach with the sun shinning high in the sky and the glistening reflection of the Caribbean Gulf water provides a perfect backdrop. 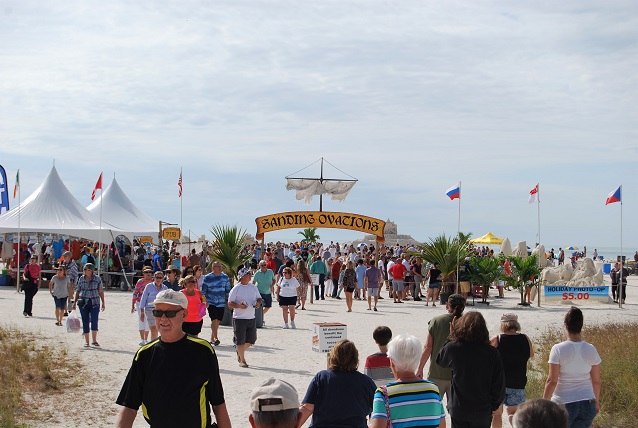 My name is Anthony and I will be helping you along with this fabulous tour. So sit back and enjoy the read, photos and brief video.

The Sanding Ovations Masters Cup – seen up close is a marvelous sight! This fabulous event also includes a music festival that provides great tunes, as well as a variety of vendors who fill the air with pleasing scents! This year’s event was held November 14 – 18 and has grown to be one of the largest masters competitions in southeastern United States. With that said, lets get on with showing what you are missing! 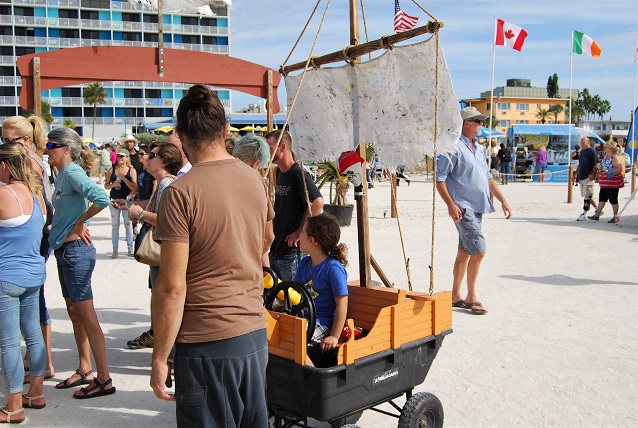 There are certain privileges being a ‘little buccaneer’ when attending an event as this. You can land-sail around in your pirate buggy while taking in all the sights. 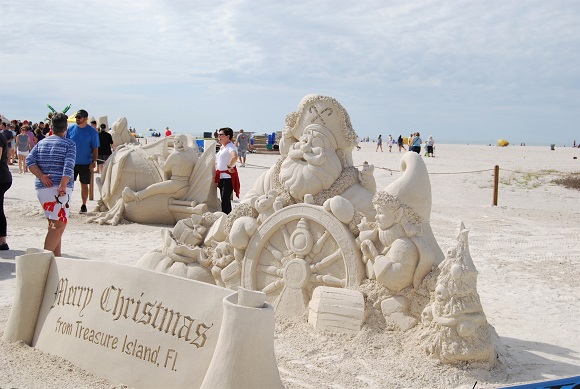 The first sculpture you see when entering the festival is a sand carved Santa and his Elves steering to their next stop. How appropriate during this time of year – Merry Christmas everyone from Treasure Island!

I would love to show you every single sculpture presented, but it would take more time than we have. So I will instead select some of the favorites and award winners. There will also be a few shown in the attached video as well. Lets get started. 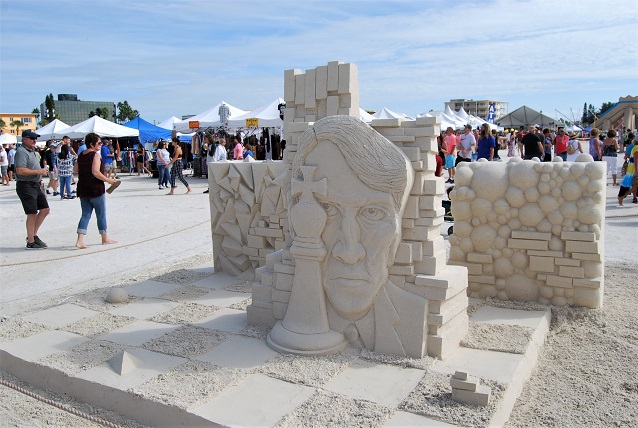 This particular sculpture depicts the legendary chess professional Bobby Fischer. He broke down walls to accomplish his ultimate goal to be a champion. The artist, Jakub “Kuba” Zimacek origins lie in the Czech Republic however, Kuba got his start in 2003 on the beaches in southern Spain. He entered his first international competition in Portugal in 2005. Since then he has traveled around the world fascinating people with his sculpting talents. 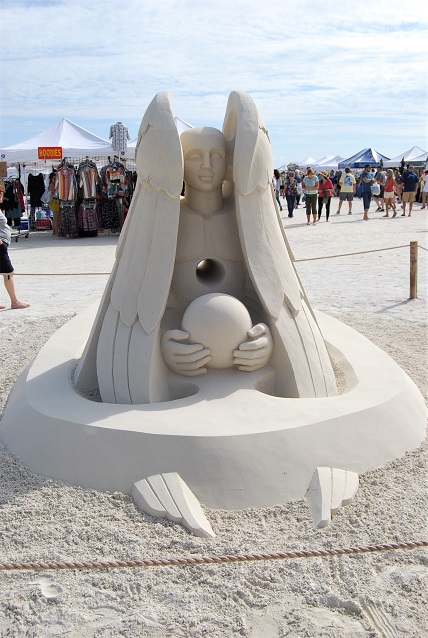 Aleksei Rybak traveled all the way from Russia to attend this Masters Cup competition. He titled his masterful creation “International Universe”. Aleksei is an accomplished sculpture with a multiple degrees in Applied Arts from several institutions in his home town of Moscow.

Aleksei has competed in several competitions throughout Russia and the International Federation of Artist. In 2004, Aleksei became a member in the Moscow Union of Artist – Sculpturing Category. One very talented individual! 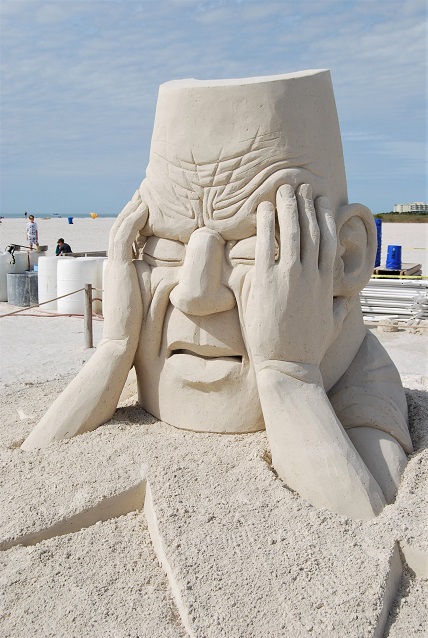 This very surreal sculpture titled “Chagrin”, captures a feeling that many of us have experienced on a few occasions. Designed and created by Carl Jara of Cleveland, Ohio brings so much unbelievable detail to this amazing sculpture.

Carl always wanted to be an artist. His big break came when he met the renowned sand sculpture Tom Morrison who rightfully guided him towards his dream. During Carl’s studies in illustration and graphic arts, he knew deep down he wanted to be a sand sculpture. And so goes the rest of the story. 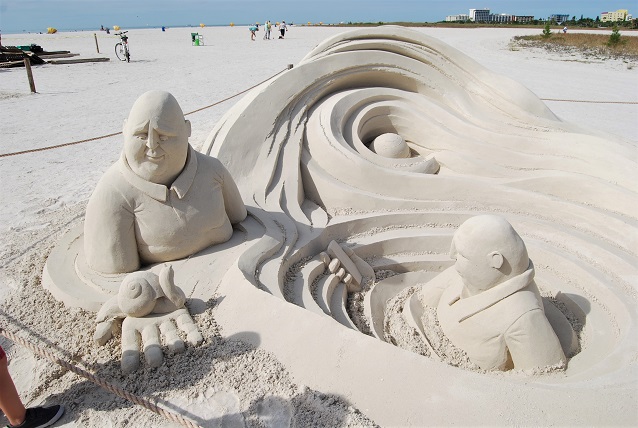 One of my favorites was titled, “to Be or Not to Be!” Jan Salen won 1st place in this event in 2011. He has been participating in international competition since 1997. He studied Industrial Design & Engineering at Delft University in the Netherlands.

This mind provoking sculpture circles around one’s decision to decide on one or the other – the conflict within. This very detailed design up close is absolutely fascinating. 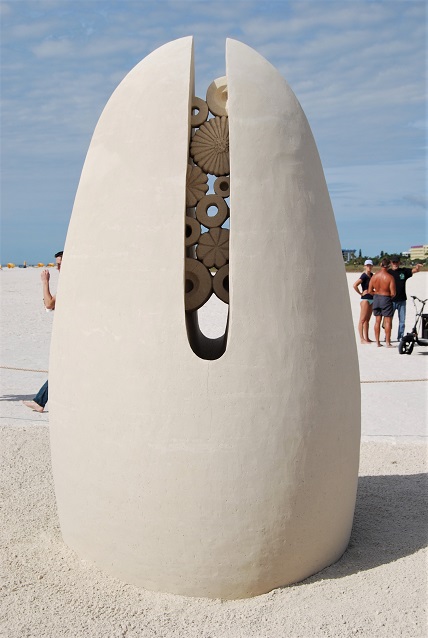 This ultra smooth egg shaped sphere titled, “Fusion” was created by Tan JOOheng from Singapore. He holds a degree in Graphic Arts and another in Technology related studies. Since 2000 Tan has claimed 10 Championship titles. 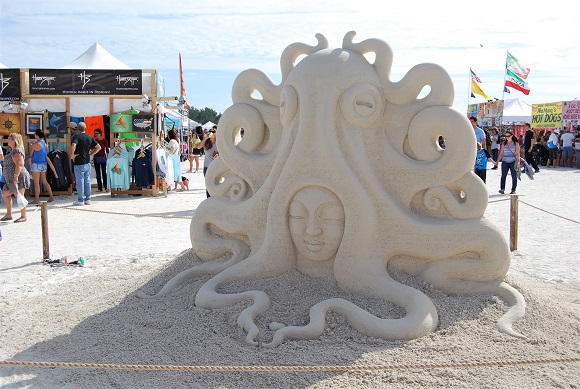 Sue McGrew from Tacoma, Washington is well-known in the art community. She has mastered not only sand but ice and snow as well. This intricate design is titled, “The Birth of Venus”. 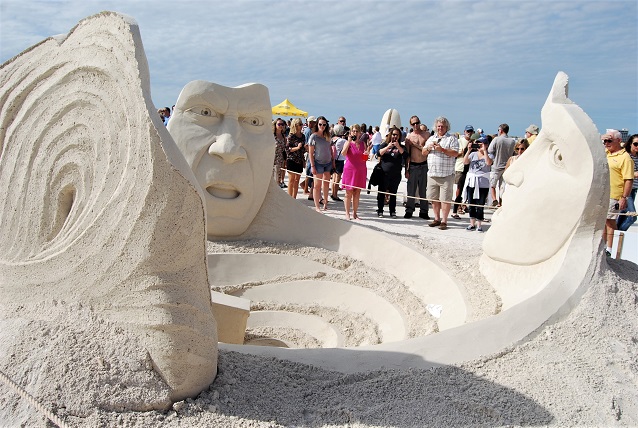 This entry is hands down my personal favorite.

This very talented Canadian has a way of crafting facial emotions from sugar fine sand. Abe is as much of a character as his creative imagination which helps support his ingenious designs. 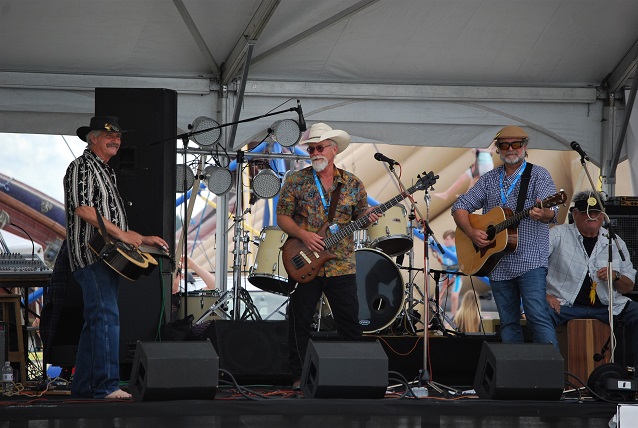 You can see this magnificent sculpture up close along with other Sanding Ovation Masters Cup artists, music by Pete Gallagher, and a variety of vendors by watching the brief video below.

There’s nothing like sand between toes, plenty of fantastic artwork and great music to make a day at the beach a memorable one. Stay tuned for more exciting adventures! 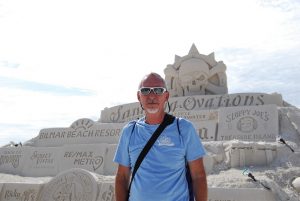