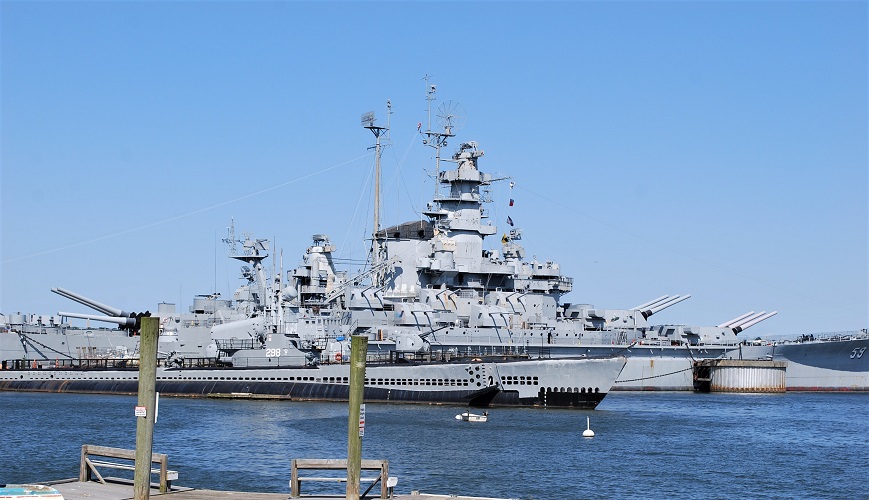 During the two World Wars, the US Navy played a big part in conquering the enemy. The superiority of not only our service people, but the ships themselves. The intense training, planning and massive firepower was a major factor in winning both wars. 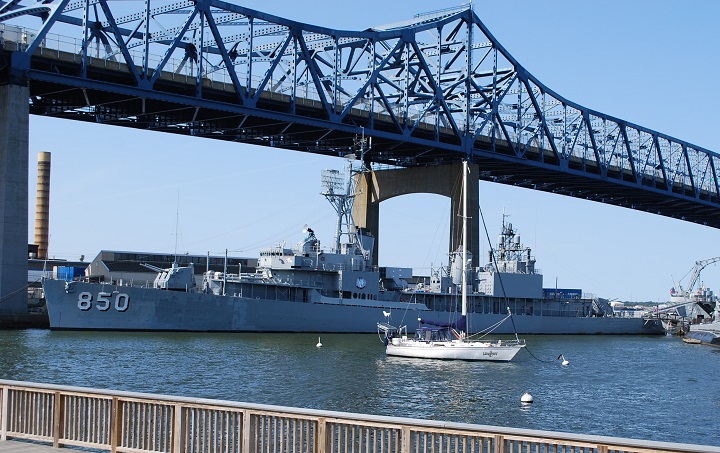 Welcome to Battleship Cove in Fall River, Massachusetts. This floating memorial honors several historic navel vessels. There is a destroyer, submarine and battleship, along with other attractions. We here at “You, Me and The Dock” have been waiting for the opportunity to experience this amazing place. Some of you may remember me. My name is Anthony and I will be your host throughout the tours. 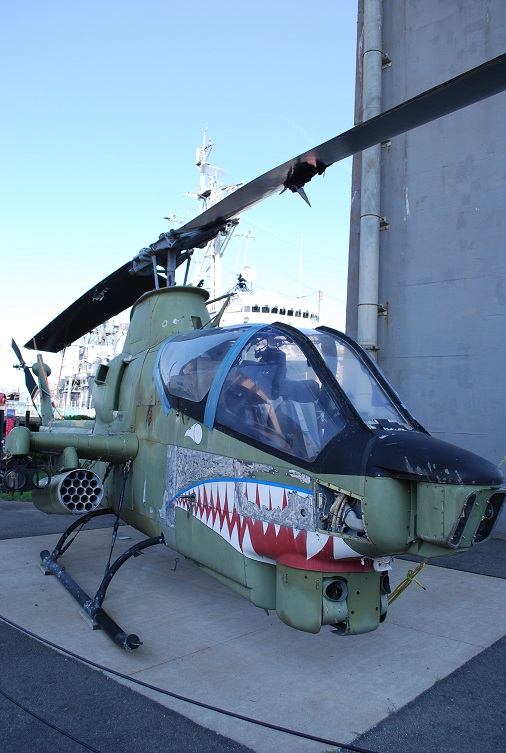 Besides these ocean going warships, there are a few air crafts as well. Helicopters play a vital role when combating the enemy.

The AH-15 Cobra Attack Helicopter was used to support ground troops when they were in trouble. The Cobra was designed with a narrow body which made it harder to be hit by ground fire. It was equipped with a Gatling gun, rocket launchers and anti-tank missiles. It was a war machine in the skies! 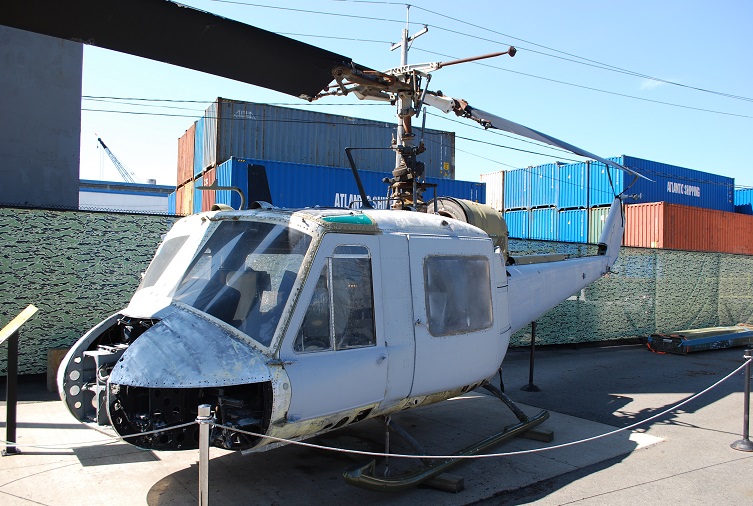 The UH-IM Iroquois helicopter was a saving grace for many US soldiers during the Vietnam War. The “Huey” as it was known throughout Southeast Asia, not only provided firepower but was also used for evacuation as well. When either one of these fighting machines came into sight, the enemy knew they were in trouble. 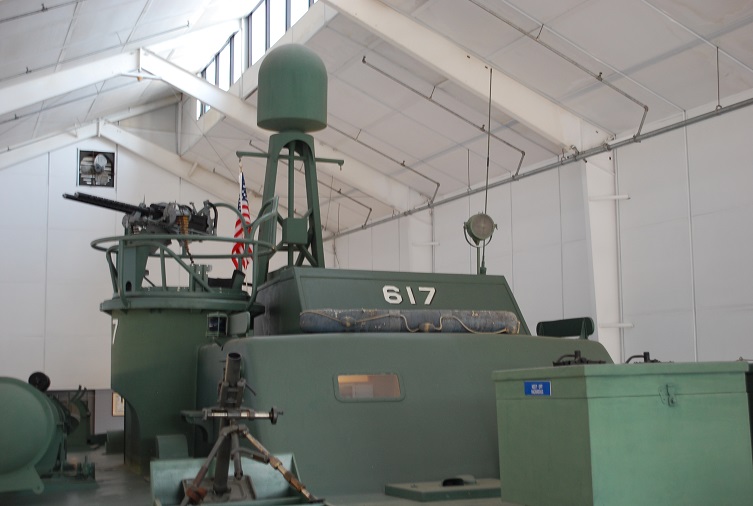 There is another famous boat exhibit just as you come out of the welcome center’s back door. The PT-59 is a Patrol Torpedo boat that was built in March of 1942. It was designed to destroy enemy submarines.

In the Fall of 1943, its new commander – Lieutenant John F Kennedy converted the PT-59 into a gunboat. At that time, the submarine chaser was recommissioned. 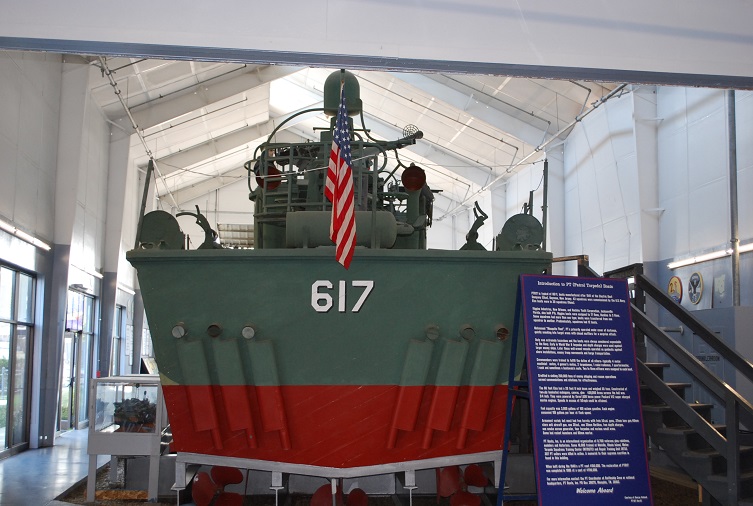 The torpedo tubes were replaced with 2-40 MM cannons, 6-50 Caliber Machine and anti-aircraft guns, along with other combat weaponry. It was ready for its new assignments.

The PT-59 was eventually decommissioned and became a fishing boat. It caught fire and sank in the Harlem River 1976. In 2017, a Kennedy biographer raised funds to recover the historic vessel. It is now on display at Battleship Cove.

There is so much to see here at Battleship Cove. Its a great destinations for historians, sightseers and families alike. The “Welcome to Battleship Cove” sequels will be presented in a three part series. Each one of these warships will be highlighted in a separate blog; the USS Massachusetts, the Joseph P Kennedy Destroyer, and the USS Lionfish Submarine. Enjoy the video and stay tuned. 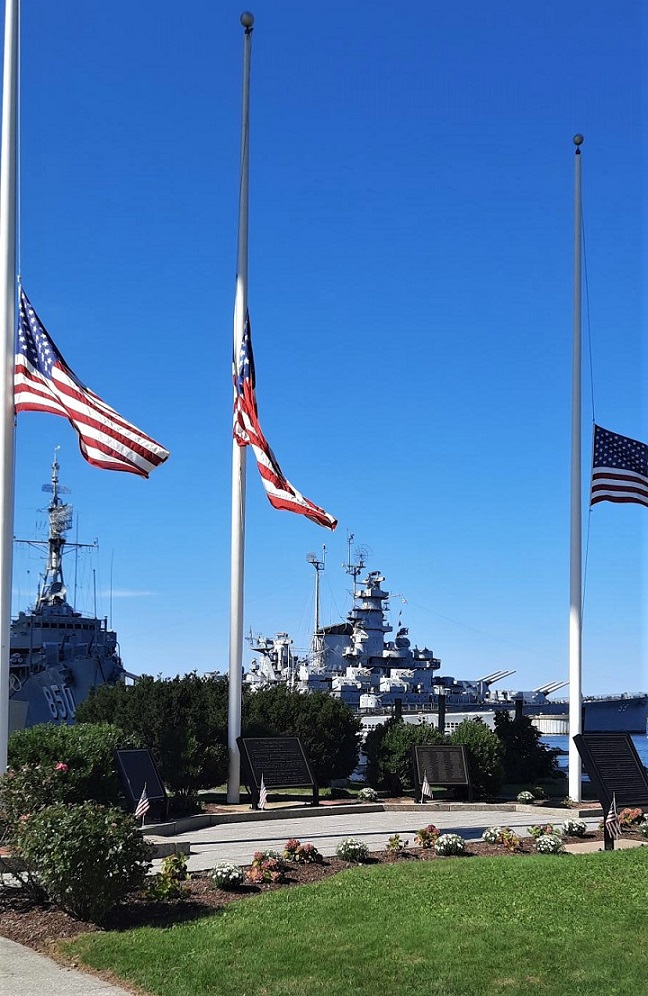