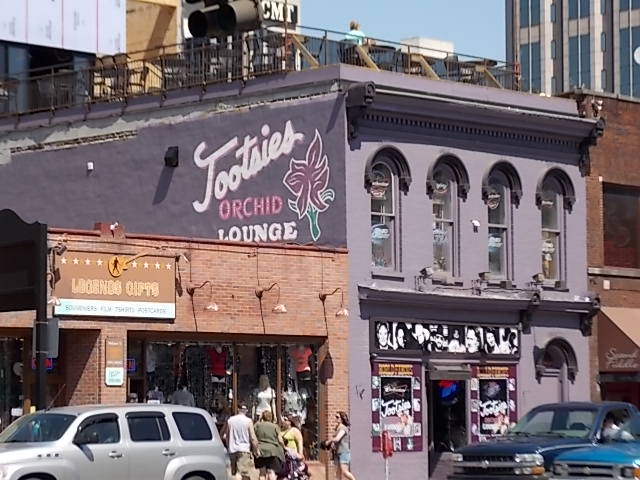 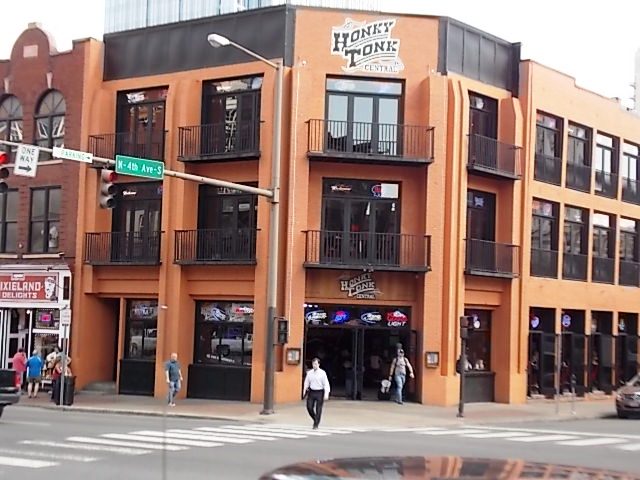 We caught the shuttle from our hotel into downtown Nashville. The shuttle driver gave us a quick history lesson about earlier Nashville before dropping us off on the corner of 4th and Broadway. Honky Tonk Central; Music City U.S.A. and professed home to Blue Grass lies next to the Cumberland River in the northwestern portion of the Nashville Basin. We traveled down Broadway between 3rd and 5th Avenues where a lot of the historical live music venues bring back Nashville’s past.

The following photo essay will capture your attention and speak louder than words. Each photo will have a small amount of information that will explain some of the picture’s happenings and events.

Tootsies’ back alley door is directly across from the Ryman  Auditorium’s (the original Grand Ole Opry) rear stage door. It has been rumored that after the entertainer(s) leave the Ryman stage, they would go out the backdoor of the Opry and enter Tootsies backdoor and enjoy a few cocktails; and on occasion perform.

The Stage is a venue that is located on Broadway between 4th and 5th  Avenues. They say its a little bit Texas and a whole lotta Nashville.  The Stage is not only a popular place to visit, but famous for many reasons.  There has been videos, commercials and movies filmed in the rustic venue. Tim McGraw and Gwenyth Paltrow’s  upcoming film, “Love Don’t Let Me Down” includes parts that where filmed inside The Stage. This is a must see place when you visit downtown Nashville.

This part of Nashville holds many country star’s secret lives. Fame and fortune doesn’t come without a history. If only these city streets and honky tonk’s walls could talk. It would make the living blush and the dead turn over in their graves. Nashville is a city that doesn’t sleep. Broadway, not to be mistaken for New York’s Broadway, always has something going on. You never know who you might run into on any given day. 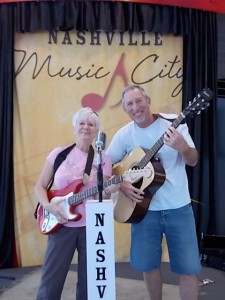