The Playa del Carmen Rotary Club Chili Cook Off  was a big success. Playa del Carmen’s International Rotary chapter puts on several events like this one every year. They donate their proceeds to local organizations who in turn serve the community’s needs.

Rotarians are a great group of business and professional leaders who volunteer their time and in some cases their own money to help people, communities and humanitarian organizations all around the world. 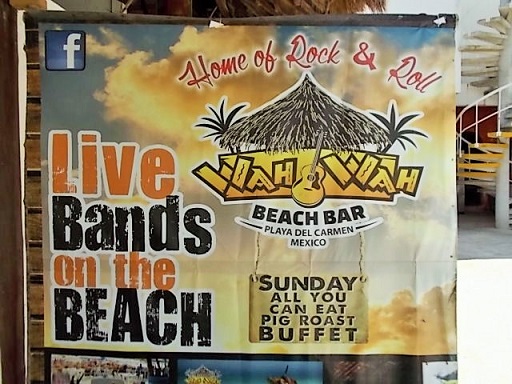 This year’s First Annual Chili Cook Off event was held at Wah Wah Beach Bar. Wah Wah’s provided the venue, along with plenty of chairs and tables that made it very comfortable for participants and guests. They even sponsored a two for one drink special for the guests who bought tickets for this charitable event.

The servers who represented the anonymous cooks arrived early to set up for the judging audience. People started arriving around 1 o’clock wanting to taste the various chili concoctions. 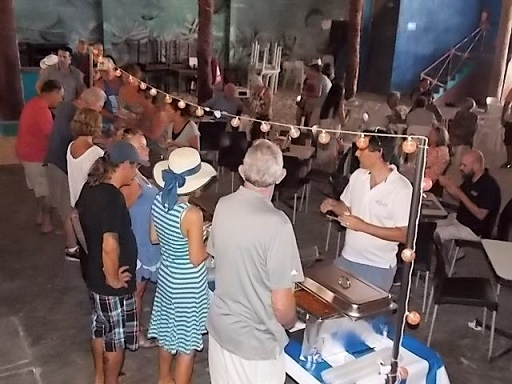 By one o’clock, a line started to grow and within the next half hour things were beginning to really gear up! By two o’clock the line extended down along the pathway leading from the venue to the outside area. People were waiting patiently with scorecards in hand to get their first taste of the participants homemade chilis.

Wah Wah Beach Bar was the happening place on this beautiful sunny day. People were getting a chance to chat with one another while tasting some really fantastic chili recipes. 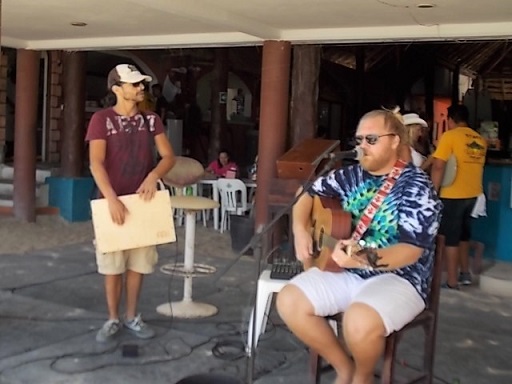 While all the excitement was happening inside, Mike on his guitar and Jorge playing the amplified drum box were providing live entertainment on the beach stage. Their music echoed in under the giant palapa structure where the cook off was being held. 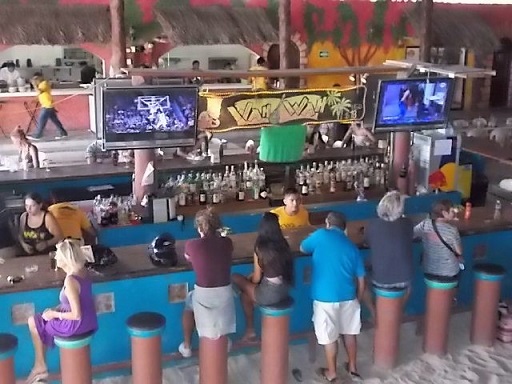 The bartenders were also doing their part by keeping the beer flowing and the margaritas ice cold. They were both keeping the atmosphere very festive!

The brief video below will show you the first half of this tasty afternoon! 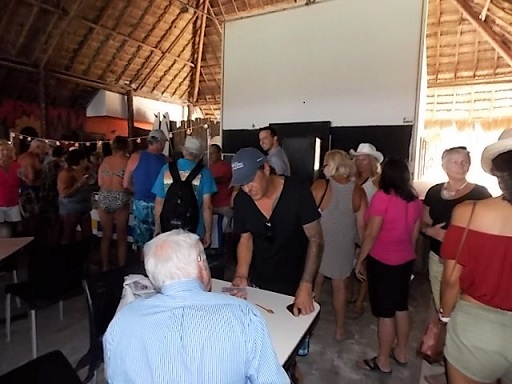 Everyone seemed to be enjoying themselves. The event progressed smoothly, and the number of ticket purchases mounted rapidly. People proceeded through the line several times to collect small samples of each one of the contestants spicy entries. 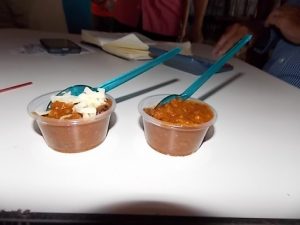 The 3 ounce cups (pictured right) that were supplied to the oncomers held each one of the six participant’s homemade chili. The scorecards asked them to rank their favorites. 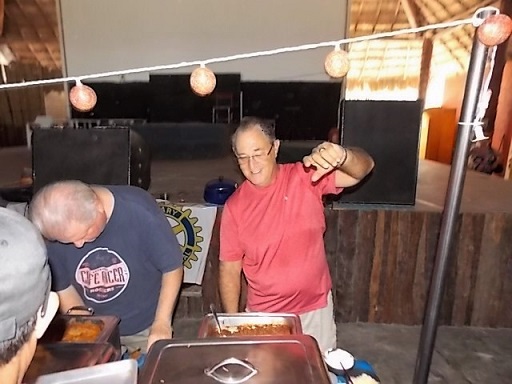 The servers were having as much fun as their guests – shown left as one of the chili slingers stretched his tired arm! Goofing around and joking with their audience was all part of the festivities!

People repeatedly went through the line collecting two samples at a time for judging purposes. This process went for as long as the supply of chili held out. Once the last scraping of the pans was completed, the judges – we, had to make our final decision. 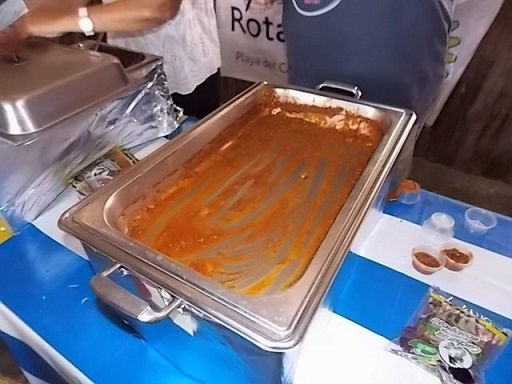 The scorecards were collected and then forwarded onto the respected nobles who would complete this contest. There was a wide variety of chili and I must say that they all tasted awesome. 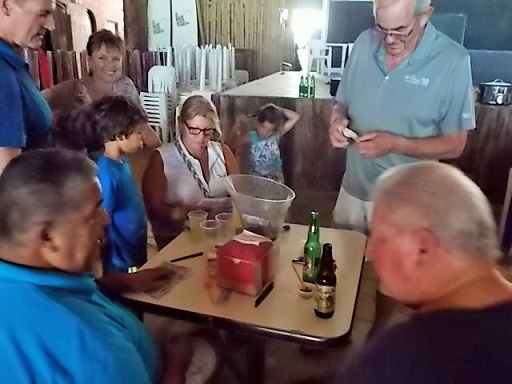 While the aficionados secretly tallied the votes, the crowd settled in for the enduring process. People ordered their beverages and sat down to visit about their previous and upcoming days activities. Others walked out to the beach and took in the marvelous weather we were having. Which by the way is most everyday. 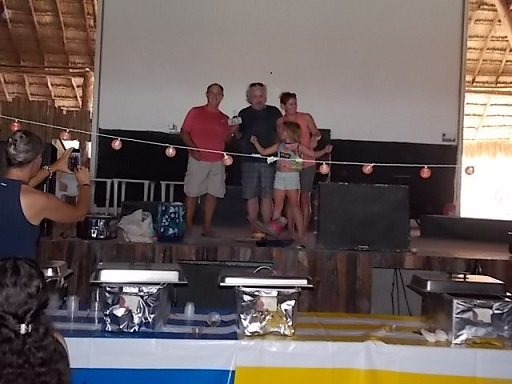 The music was playing, there was laughter in the air, and festive smiles on everyone’s face. Suddenly a bellowing announcement was made. The time had come to crown the First Annual Chili Cook Off winner. Everyone gathered around and waited in anticipation. Greg Cosway is the Rotary Club’s new reigning champion. I am sure that Greg will be back next year to defend his covenanted crown as the Chili King.

The Rotary Club is an unbiased organization that has approximately 1.2 million members worldwide. Rotarians stay true to their motto and that is, “Service above self”. This event was no exception. All the proceeds will go to local organizations that help the community and its people. 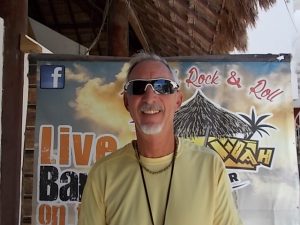