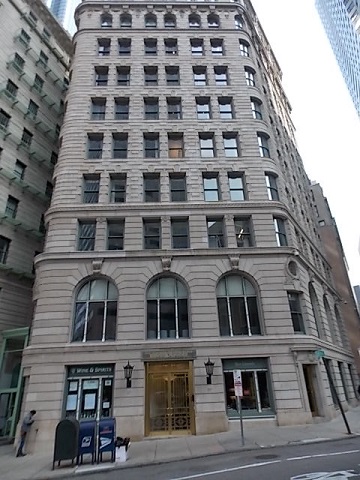 Continuing on from the previous article, we finished lunch and are now ready to resume experiencing Boston and all its has to offer. I hope you are ready for a bit of early American History. We decided to follow the Freedom Trail. This particular trail is approximately two and half miles long and takes us by 16 historic landmarks that were vital to our country’s development. Its path, marked with worn red bricks, intertwines through the city’s congested streets. The building that is pictured left has a plaque above its doors that describes the importance of this particular site. It explains that this is where the first of many sessions of the General Court resided for the original colony in 1640. 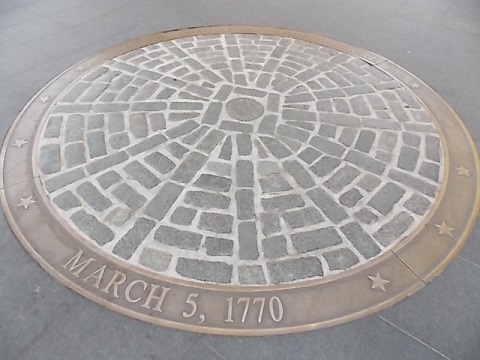 Just across the street from the General Court building is the site of the infamous Boston Massacre. On March 5, 1770, British soldiers fired upon a crowd of people. They killed 5 citizens and wounded 6 others. A gathering of colonist were protesting what Parliament’s Legislation sent 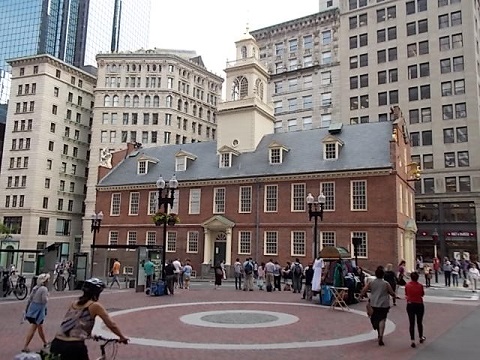 down to the colony by British authorities. It feels strange to be standing where our forefathers sacrificed their own lives for our country’s freedom. The embedded emblem is directly in front of the Old State House (Shown left) that use to seat the colony’s British Colonial Government. 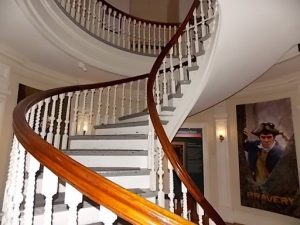 We didn’t have enough time to take the guided tour of the State House. However, what I did get to see of it was very impressive and stately like. The spiral staircase lead up to the Parliament’s meeting room. The adjacent walls had pictures showing some the dignitaries who helped establish the first colony and what was to become the United States. 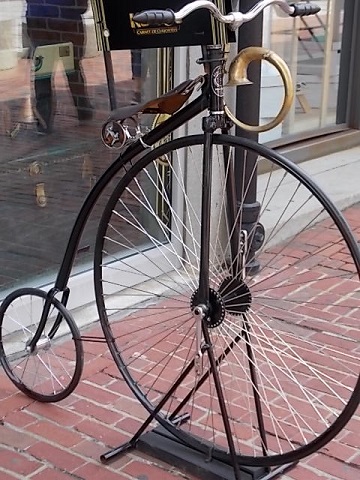 Along the way we happen to stumble upon some unique antiques that you don’t see everyday. Let alone in a major metropolitan city. The early American bicycle helps keep the mood going as we follow the red brick trail. 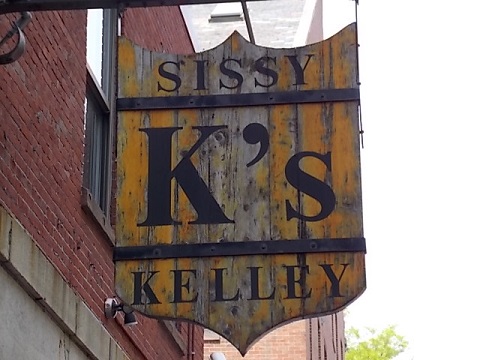 There are also places that you can stop to enjoy a bit to eat and a beverage of choice. One of these establishments is Sissy K’s Kelley. I didn’t get a chance to visit this establishment, but I hear it has a great reputation for good food and live entertainment. Maybe another day and time. 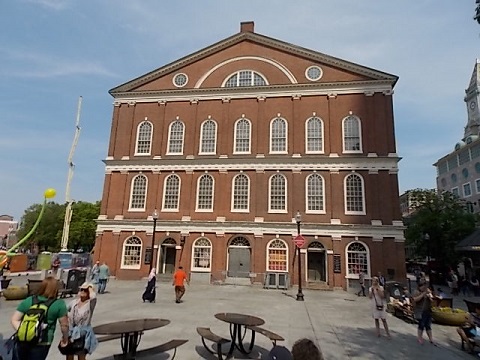 We kept to our agenda and followed the Freedom Trail down the block and around the corner. The next stop along the route is Faneuil Hall Marketplace. Since 1743, Faneuil Hall has been a meeting place and a public market for the people in and around the area. The 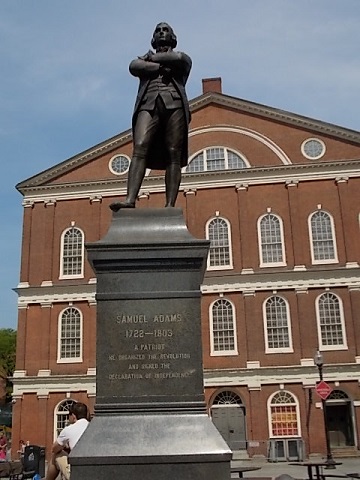 hall has an outside square that in earlier times, John Adams delivered his profound speeches to the colonist. A statue stands erect honoring his patriotic words for freedom. 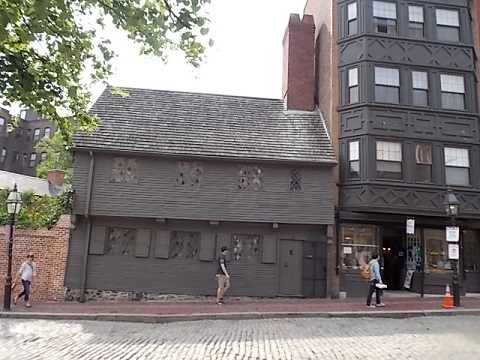 We headed northeast on the trail towards Paul Revere’s house and Little Italy. The modest dwelling was closed for minor repairs. However, I had the opportunity to see 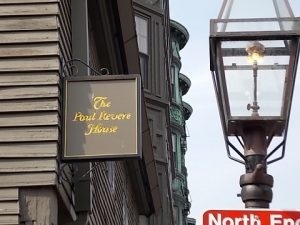 this historic landmark that belonged to a man who risked his life for the sake of freedom. The original home, which was built in 1680 is the oldest in downtown Boston. We took a brief break in North Square Park, which is right across the street from Reveres house. 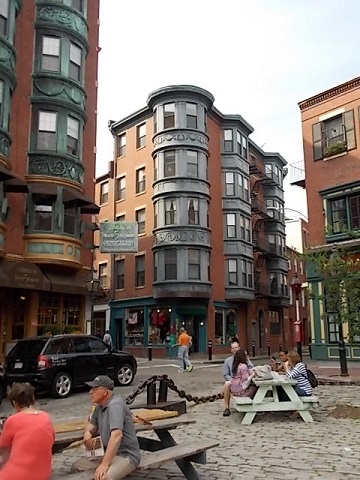 Some parts in the north end of Boston are referred to as Little Italy. This particular area obviously possesses an Italian flare and culture. It’s themed restaurants and boutique shops are unique to their heritage. A place that is 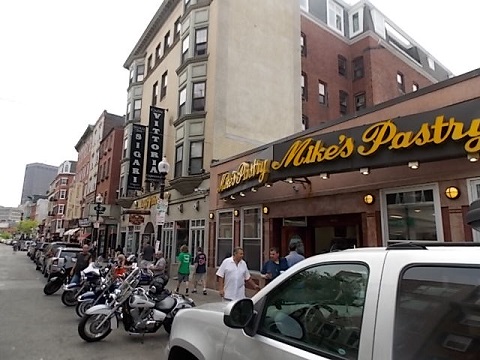 a must visit and try is Mike’s Pastry. Two very popular on-line travel sites – Trip Advisors and Facebook give it a four and half star out of five rating. We ordered a variety of cannoli’s and took them back to North Park Square to be enjoyed. Nothing like 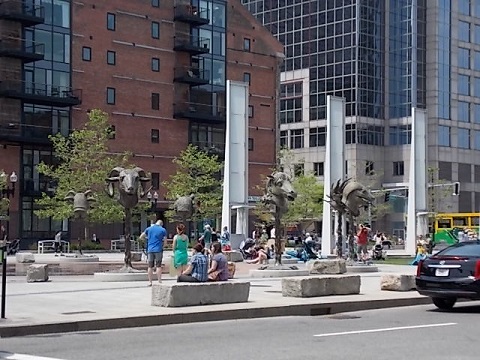 a scrumptious treat on a beautiful day.

Five o’clock is less than an hour away. If you have ever been downtown in a city the size of Boston at rush hour, let me tell you that it is not a pretty site. With that said, there is one more attraction I would 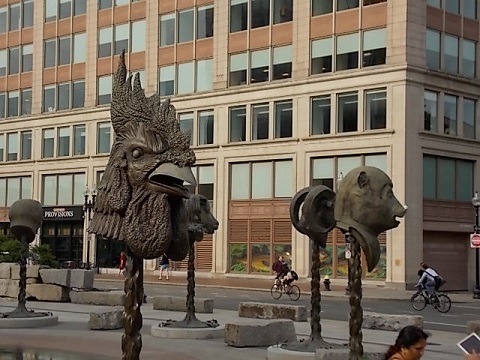 like to see and that is the Public Art on the Greenway. The tree lined parkway (pictured left), centers itself between several major streets throughout downtown Boston. In 2011, the Internationally known Chinese artist – Ai Weiwei created the Circle of Animals. The twelve bronze sculptures represent the Chinese Zodiac signs. Another 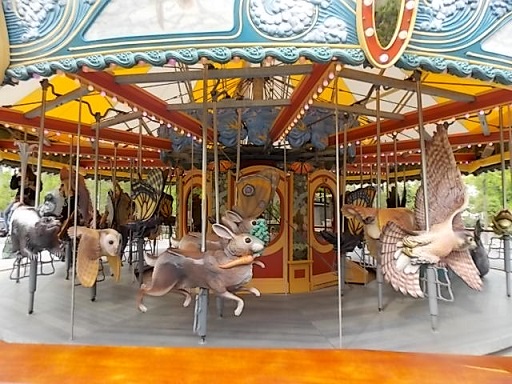 attraction that is part of the Rose Kennedy Greenway is the Carousel Ride. The 14 one-of-a kind characters that go around and around where designed by local school children. The Greenway Parks stretches from Sudbury to Oliver Streets and follows along Cross Street and Atlantic Ave. The walkway that connects the parks are family friendly and safe to maneuver around. There are plenty of places to sit, relax and enjoy the scenery. 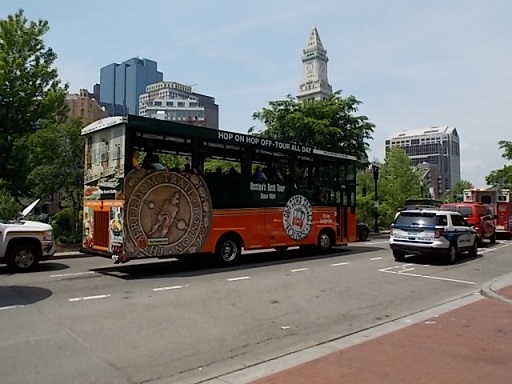 There are so many sites and attractions to see and explore in this great big beautiful city. You can do as I did and walk around until your legs collapse, or you can take one of the many trolleys that tour you around town. This actually would be a perfect option for families who have infants or small children. The drivers are usually your guides as well and are very familiar with the city’s history. Whichever way you decide to see Bean Town, it is well worth the trip. 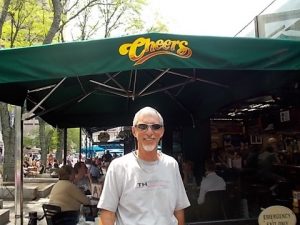 Once again, a special thanks to Sarah & Matt Fortin for being our day’s guides